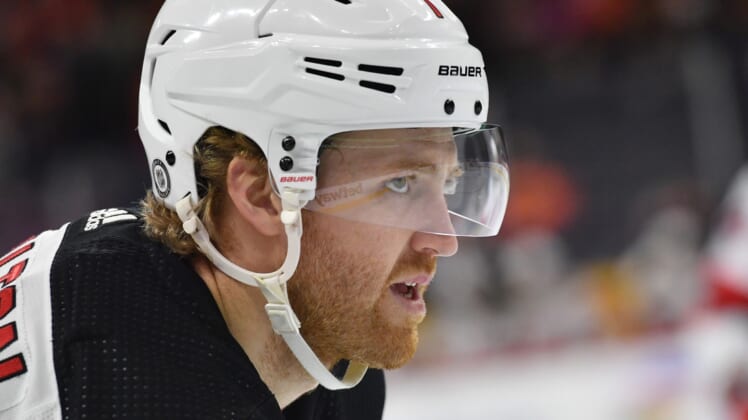 The team placed Hamilton on injured reserve Tuesday, with the move retroactive to Sunday when he sustained the injury in a 4-3 road win against the Washington Capitals.

The Devils also announced that captain Nico Hischier will miss Tuesday night’s game at Boston due to a lower-body injury.

There was more bad news as New Jersey ruled goaltender Jonathan Bernier out for the season following hip surgery on Monday. The team also placed forwards Yegor Sharangovich and Pavel Zacha in the COVID-19 protocol.

He sustained in the injury in the first period Sunday when a deflected puck struck him in the face.

Hischier, who turned 23 on Tuesday, also has 20 points (six goals, 14 assists) in 28 games. There is no timetable for his return.