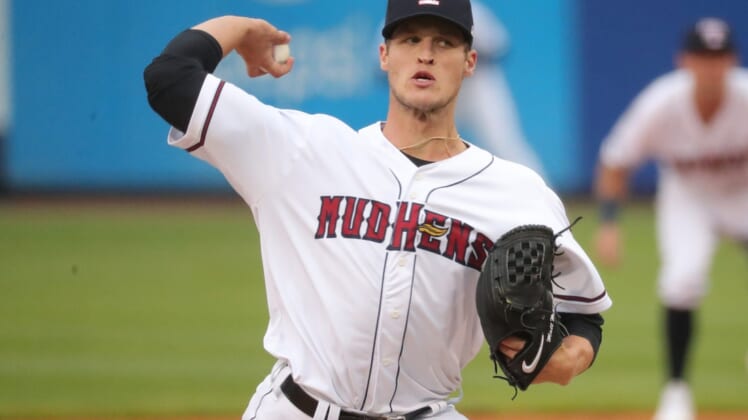 The Detroit Tigers, suffering through injuries in their pitching rotation, will make a splash to address those issues by debuting one of their most exciting young prospects Matt Manning Thursday against the Anaheim Angels.

Manning, 23, was drafted ninth overall by the Tigers in 2016 and is considered the organization’s No. 3 prospect, per MLB.com. He’ll draw a tough matchup in his first outing, facing off against Anaheim’s Shohei Ohtani.

The young right-hander made his Triple-A debut May 4, and while his ERA has not been stellar at that level (8.07 in seven starts), he continues to hold high prospect rankings from Baseball America, MLB and Baseball Prospectus.

In other moves Tuesday, Detroit put pitchers Matthew Boyd and Alex Lange on the injured list, Jeimer Candelaria was reinstated and Wily Peralta and Miguel Del Pozo had their contracts selected.

Prior to being put on IL, Boyd left Monday’s game due to a left arm injury. The injury was likely a particularly disappointing outcome for Tigers supporters, as Boyd, 30, has had a bounce-back season with a 3.44 ERA (lowest of his career) in 13 starts. He’s also totaled 56 strikeouts and just 19 walks and is a rumored trade candidate.