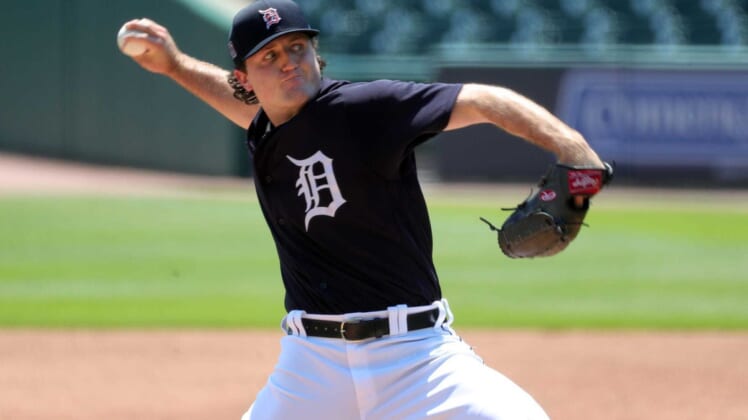 The Detroit Tigers came into the season knowing this year would be about development and providing opportunities to some of their young players. Now, nearly one-third of the way through their schedule, the Tigers will be calling up some of their top prospects to make their MLB debuts.

Set to begin a four-game series against the Chicago White Sox, Detroit is calling up starting pitchers Casey Mize and Tarik Skubal to join their rotation this week.

Skubal, a ninth-round pick in the 2018 MLB Amateur Draft, has sent his stock skyrocketing since joining the organization. After a strong stretch in the low minors in 2018, the southpaw took off in 2019.

The Tigers moved him up to Double-A ball, where he excelled even more. Opposing hitters found him to be practically unhittable, striking out in 48.2% of their plate appearances against him as he dominated behind a 2.13 ERA.

Mize, the No. 1 overall pick in the 2018 MLB Draft, was immediately one of MLB’s top pitching prospects when he entered the system. He spent a portion of the 2019 season at High-A, consistently showcasing excellent command with a 0.52 WHIP and a 0.88 ERA in 30.2 innings of work.

Both pitchers were with the Tigers in spring training and during the team’s preparation for the shortened season. After spending several weeks at the club’s alternate site, the duo will soon live out their dreams by making their MLB debuts.

The Tigers haven’t reached the postseason since 2014 and have enjoyed just one winning season during that span. Fortunately, the organization has taken advantage of their draft position by landing some great talent.

Detroit boasts the sixth-best farm system in MLB, according to Baseball America. While they have primarily been carried by high-end pitching prospects, recent draft picks have also brought in some talented, young hitters.

The team used the No. 1 overall pick in the 2020 MLB Draft on slugger Spencer Torkelson. The former Arizona State star is rated as the No. 7 overall prospect in baseball by MLB Pipeline and boasts tremendous power.

Mize is ranked the eighth-best prospect in baseball and the second-best pitching prospect. Just a few spots behind him is teammate Matt Manning, a 6-foot-6 righty who is the No. 25 prospect in MLB.

It’s been a rough few seasons for baseball fans in Detroit, but the future looks very promising with this farm system. Now that some of the team’s top prospects are coming up, fans will have even more reason to tune in during the remainder of the 2020 season.