Turnbull started Friday’s 9-8 loss to the Chicago White Sox. When he entered the dugout after the fourth inning, he reported the injury to the team trainer and was pulled from the game. He gave up one run on two hits and struck out four. 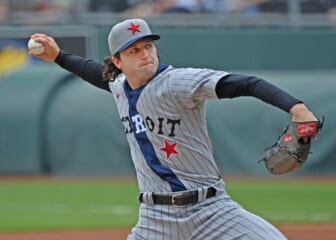