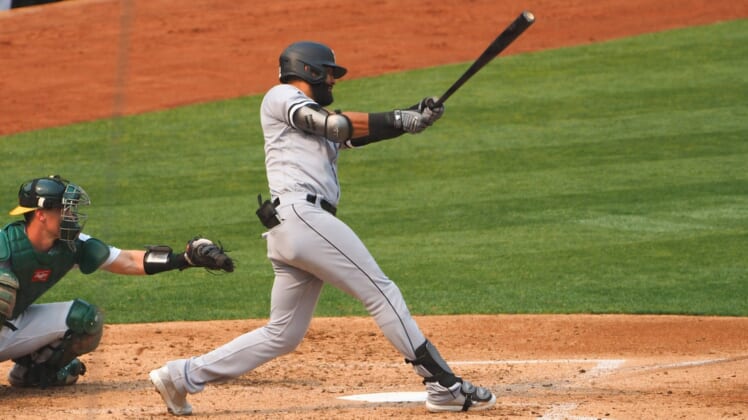 Mazara, who played last season with the Chicago White Sox, hit .228 with just one home run in 42 games during the shortened season.

His previous four years were spent with the Texas Rangers, where he hit a combined .261 with 79 home runs and 308 RBI in 537 games.

Mazara smacked 20 homers and finished tied for fifth in the American League Rookie of the Year voting in 2016.

He should slot right into the Detroit outfield, according to general manager Al Avila.

“Heading through the offseason, we were looking to add a left-handed hitting outfielder to provide (manager) AJ (Hinch) with more options for the lineup, and bringing Nomar on board does exactly that,” Avila said.

The Tigers designated right-hand pitcher John Schreiber for assignment to make room for Mazara on the roster.