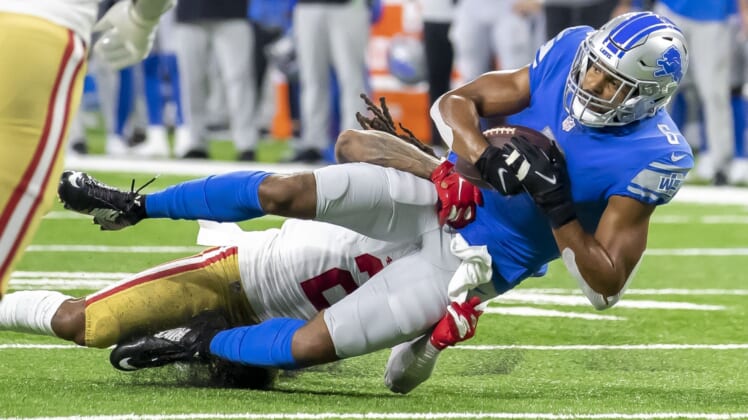 Detroit Lions wide receiver Tyrell Williams is in the concussion protocol, putting into question his availability for Week 2.

He was injured in the third quarter of Sunday’s Week 1 loss to San Francisco when 49ers safety Jaquiski Tartt hit the sixth-year wideout helmet-to-helmet. Tartt was whistled for unnecessary roughness on the play.

Williams, 29, signed a one-year deal with the Lions in the offseason to bolster a WR corps beset with the losses of Kenny Golladay, Marvin Jones and Danny Amendola to free agency.

Williams had two catches for 14 yards before exiting.

The Lions play Green Bay on Monday night in Week 2.

The Lions lost cornerback Jeff Okudah for the season Monday to a torn Achilles and left tackle Taylor Decker has already been ruled out for Week 2 due to a finger injury suffered last week.