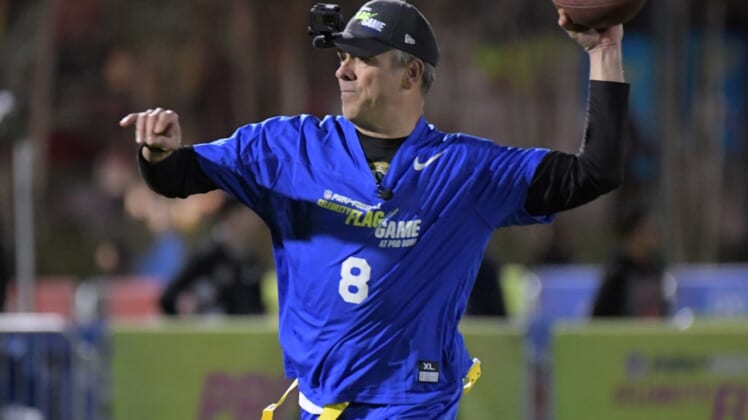 The Detroit Lions continue to remake their coaching staff in their latest organizational reshuffle.

Brunell joins other ex-NFL players on the sidelines in Detroit. In addition to Campbell, the ex-New Orleans assistant head coach, and Lynn, the former running back, the Lions have added Saints secondary coach and long-time defensive back Aaron Glenn as defensive coordinator and Eagles running backs coach Duce Staley — a former three-time 1,000-yard rusher in Philadelphia — in the same role.

The Lions will hire Brunell to his first NFL coaching position after he retired months after the end of the 2011 season. Brunell’s only other coaching experience came at a pair of Florida high schools. He spent 2012 as an assistant coach at Providence School in Jacksonville, before becoming the head coach at Jacksonville’s Episcopal School. He went went 2-8 in 2013 and 8-3 in 2014.

It was Jacksonville where Brunell made his biggest mark in his 19 NFL seasons. After being drafted by the Green Bay Packers in the fifth round in 1993 and serving as a backup quarterback to Hall of Famer Brett Favre for two seasons, Brunell was the target in the then-expansion Jaguars’ first trade in franchise history in April 1995.

Brunell would start 10 or more games for the Jaguars eight times, starting in their debut 1995 season through 2002, leading Jacksonville to a pair of AFC championship games in 1996 and 1999 and three seasons of 10-plus wins — including a franchise-best 14-2 mark in 1999. After being benched in 2003 for Byron Leftwich, Brunell bounced around with three other teams — Washington, New Orleans and the New York Jets.