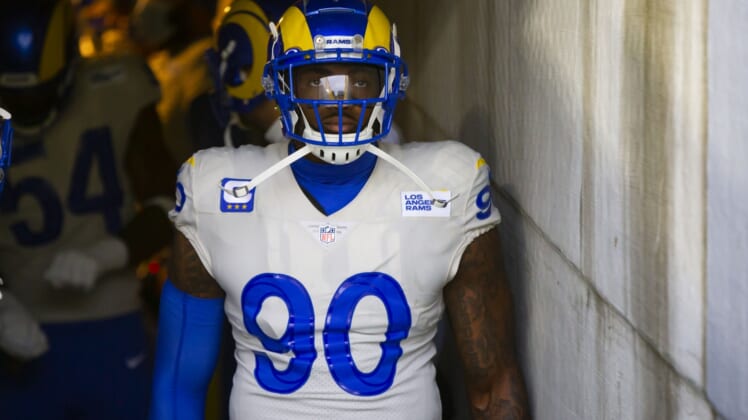 The Los Angeles Rams reportedly traded defensive tackle Michael Brockers to the Detroit Lions early Wednesday morning, pending the results of a physical, which could be more than a footnote.

The compensation from the Lions in the deal is expected to be modest, per reports.

Brockers agreed to terms with the Baltimore Ravens prior to the 2020 season but failed his physical due to chronic ankle issues.

Instead, Brockers returned to the Rams on a three-year, $24 million deal.

He declined a paycut to stay with the Rams and is owed $8 million in 2021 after starting 15 games in Los Angeles alongside Aaron Donald last season.

This is the second trade this offseason between the Rams and Lions, who are swapping quarterbacks Matthew Stafford and Jared Goff.

Brockers, 30, gives the Lions a presence in the middle of the defensive line after Danny Shelton was released.

Of note on Brockers and Goff: the defensive lineman called Stafford “a level up” from Goff in an interview with NFL Network. They’ll now be teammates again in Detroit.