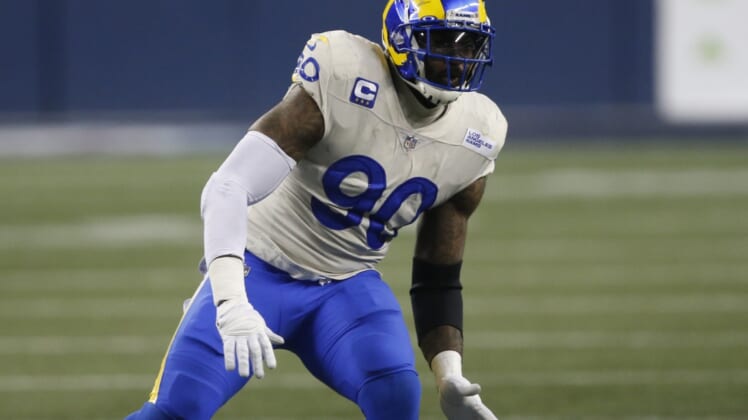 New defensive tackle Michael Brockers and the Lions reached a deal on an three-year, $24 million deal this weekend that will keep him in Detroit for at least the next two seasons.

Brockers was traded to Detroit by the Los Angeles Rams last week for a seventh-round pick in the 2023 draft after refusing to take a pay cut.

Brockers, 30, originally joined the Rams on a three-year, $24 million deal before the 2020 season.

He had a $6.5 million base salary for 2021, but the Lions instead will pay him a minimum base salary this season with a $5.925 million signing bonus.

The Lions will look for Brockers to fill a void in the defensive line left by the release of Danny Shelton.

Brockers, who was a first-round pick (14th overall) by the St. Louis Rams in 2012, has missed just six games in his career and has started 136 of the 138 games he has appeared in.

Last season, Brockers finished with five sacks, five tackles for loss, 10 QB hits and 51 tackles in 15 games. For his career, he has 28 sacks, 395 tackles and 48 tackles for loss.