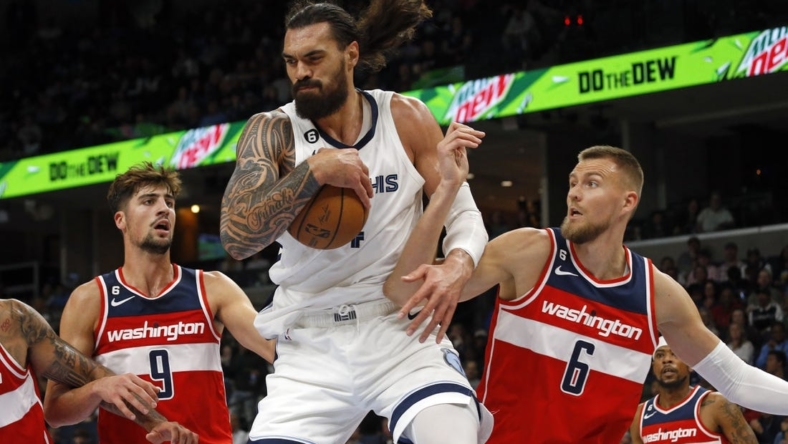 Desmond Bane scored 28 points and Ja Morant added 23 points, nine rebounds and six assists to fuel the host Memphis Grizzlies to a 103-97 victory over the Washington Wizards on Sunday.

Bane made four 3-pointers and Brandon Clarke added 16 points on 7-of-8 shooting off the bench to help the Grizzlies rebound from squandering a 23-point lead in the third quarter and improve to 4-0 at home.

Washington’s Monte Morris scored 18 points and Rui Hachimura had 15 off the bench.

Kyle Kuzma recorded 12 points and 11 rebounds and Will Barton added 12 points for the Wizards, who have lost five of their last six games overall and fell to 4-18 in Memphis since the Grizzlies move from Vancouver in 2001.

Washington’s Bradley Beal entered the NBA health and safety protocol earlier on Sunday and did not play in the game. Beal entered Sunday’s game averaging team-best totals in points (21.6) and assists (5.7).

Hachimura’s basket gave the Wizards an 89-88 lead with 6:38 remaining in the fourth quarter before the Grizzlies erupted on a 15-8 run to end the game. Morant sank three shots from the interior and added a free throw during the sequence.

Bane’s short jumper gave the Grizzlies a 76-55 lead with 5:11 remaining in the third quarter before the Wizards scored the game’s next 19 points, capped by Hachimura’s pull-up jumper.

Daniel Gafford’s three-point play gave Washington an 87-85 lead with 8:03 to play in the fourth quarter.

Taj Gibson’s putback trimmed Memphis’ lead to 34-32 with 9:39 left in the second quarter before Tyus Jones sank a mid-range jumper to ignite a 14-0 run for the Grizzlies. Bane sandwiched a three-point play and a shot from beyond the arc around a pair of 3-pointers from Jake LaRavia during that sequence.

Memphis scored 10 of the first 12 points of the third quarter to seize a 67-45 lead. That sequence was capped by Morant’s no-look pass in transition to set up Santi Aldama’s reverse dunk.