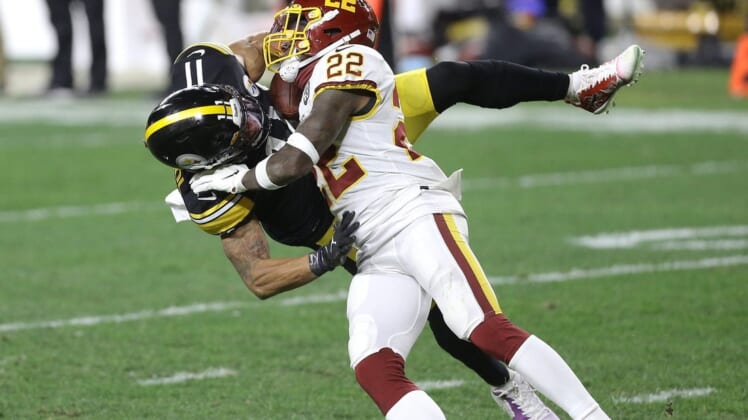 Everett, who is currently a free agent, will be sentenced on Sept. 8.

An investigation of the incident by the Loudon County Sheriff’s Office resulted in a February warrant for involuntary manslaughter, after which Everett turned himself in.

His charge was later reduced from involuntary manslaughter to reckless driving, which is a misdemeanor in Virginia that carries a maximum sentence of one year in jail and a maximum fine of $2,500.

On December 23, 2021, Everett’s 2010 Nissan GT-R “left the right side of the roadway, struck several trees, and rolled over” at approximately 9:15 p.m. EST, per a report from the Loudoun County Sheriff’s Office. Everett was driving “over twice the posted 45 mph speed limit just prior to the crash,” according to police.

Everett himself sustained serious, but non-life-threatening injuries in the crash.

The 30-year-old Everett was Washington’s longtime special teams captain and played all seven seasons of his NFL career with the franchise. The Commanders cut Everett in March.