With training camps around the NFL starting this week, Houston Texans quarterback Deshaun Watson remains in a holding pattern.

It was early this offseason that Watson requested a trade from the Texans, only to find himself in the news for all the wrong reasons after multiple women came forward and accused him of sexual assault/misconduct.

Time is now of the essence for Watson and the Texans. The Pro Bowler is facing north of 20 civil suits stemming from the aforementioned allegations. There’s no end in sight when it comes to said suits, leaving Watson’s future in question.

According to NFL Media’s Ian Rapoport, the Texans have yet to make “any move toward trading him (Deshaun Watson) at all.”

At this point, it would be hard for any team to justify trading for Watson. We have absolutely no idea when the civil suits will come to a culmination.

Right now, there’s no movement toward the two sides (Watson’s legal team and those representing the accusers) coming to terms on a settlement. Meanwhile, there’s a darn good chance that the reigning NFL passing yards leader will be suspended by the NFL — regardless of the outcome of the civil cases. Heck, this doesn’t even take into account the PR hit an acquiring team would take by adding Watson to the mix. 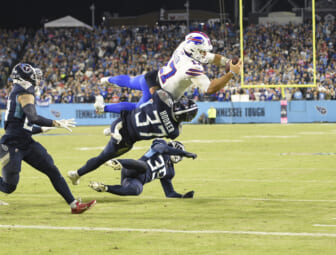 Rapoport’s report is interesting in that he provided an update on Watson’s situation over the weekend. The NFL Media personality noted that i’s possible the quarterback could play this season.

“Oh, I could see him playing this year. If he’s going to be suspended by the NFL for some portion of time, which I don’t know but obviously is possible given the charges and circumstances,” Rapoport previously reported. “That would still probably allow him to play this year, I just don’t know what team it’s going to be for.”

While the Philadelphia Eagles have been linked to Watson in recent weeks, any move to acquire the quarterback would have to be done under the premise that his legal situation is settled.

“The Eagles are more equipped to make a run at Deshaun Watson than any other team out there. I’m operating under the assumption this will be settled. And when he is deemed able to play, the Philadelphia Eagles will be waiting,” ESPN’s Adam Schefter recently noted. “But the Texans won’t sell him at 25%. They’re going to wait to get full value.”

These are among the issues when it comes to a potential Watson trade. Houston is not going to move its franchise quarterback for pennies on the dollar. Meanwhile, other teams would find it difficult to take him on with the legal situation pending. 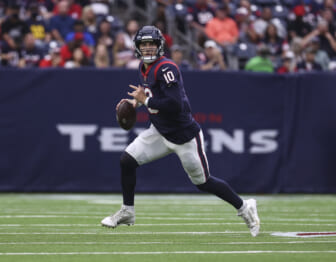 Houston is slated to open training camp on July 28. There’s absolutely no reason to believe Deshaun Watson will join he rest of his team on the practice field.

The likeliest scenario here is that he’s placed on the Commissioner’s Exempt List, which would enable the quarterback to still get paid as both the NFL and authorities in Houston investigate the widespread allegations against the Pro Bowl signal caller.

Until everything plays out behind the scenes, we’ve likely heard the last of any Deshaun Watson trade talks. That’s the harsh reality as Houston enters what promises to be a rebuilding 2021 NFL season.