Deshaun Watson is ‘light years’ ahead of rookie season 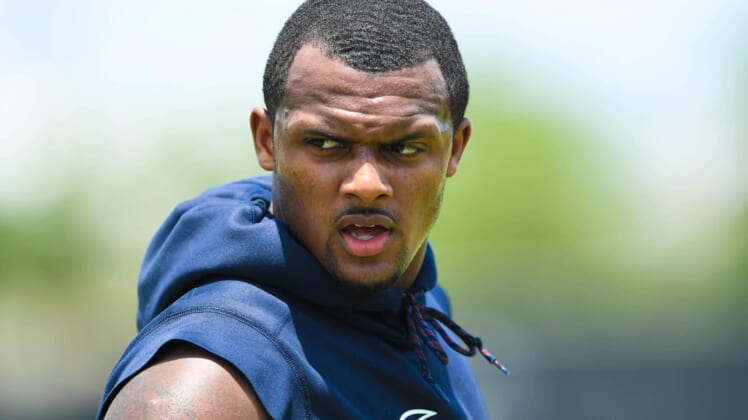 Given just how dominant Houston Texans quarterback Deshaun Watson was a rookie last season, his current state of mind has to be a scary proposition for opposing AFC South defenses.

Working his way back from a torn ACL he suffered in his initial NFL campaign, Watson is slated to be a full participant for training camp later this summer.

Watson also seems to be pretty darn confident in where he during what has been the quarteback’s first full offseason in the league.

“I’m light years away from where I was last year, coming in as a rookie,” Watson said, via ESPN’s Sarah Barshop. “Everything was going so fast, a lot of information at that time. But having a full season and offseason with coach OB (O’Brien) and coach Sean Ryan, being able to advance my game and take my game to another level, it’s been great.”

Can we just imagine for a second how dominant Watson will be once the game actually slows down for him? Here’s a dude that put up 21 total touchdowns in seven games (six starts) as a rookie. In the process, he led an otherwise anemic Texans offense to an average of 33.2 points. In the 10 games Watson didn’t start, Houston put up an average of just 14 points per game.

The next step for Watson in his lengthy recovery from last year’s torn ACL will be to take part fully in training camp.

Once that happens, he’ll have the on-field experience this summer to head into the 2018 season ready to improve off what we saw during his rookie campaign. It’s led to some believing Watson is an under-the-radar MVP candidate. Raises hand.

If the quarterback’s personality at this early stage in his career is any indication, we wouldn’t put anything past him.