Ruling on Deshaun Watson suspension reportedly not expected this week 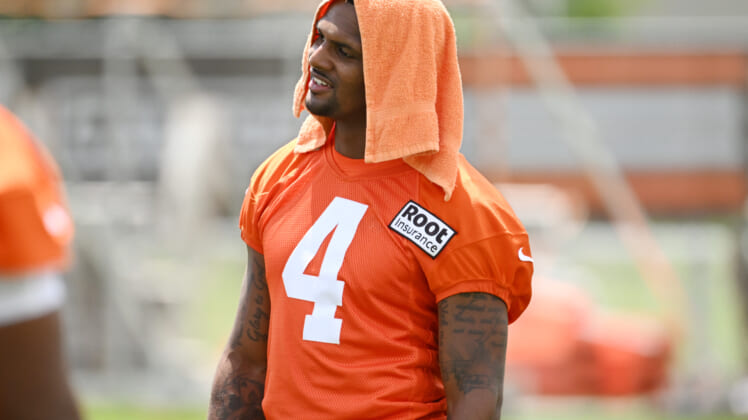 According to Rob Maaddi of the Associated Press, Robinson is not issuing her ruling Friday in regards to her decision from the disciplinary hearing that occurred in June.

Watson, represented by the NFL Players Association, is pushing to not receive a suspension for allegations of sexual misconduct from more than two dozen women. The NFL argued its case that Watson violated the league’s personal conduct policy by providing testimony from four alleged victims, pushing Robinson to support a one-year ban.

Related: NFL not expected to ‘back off’ push for year-long Deshaun Watson suspension

Both sides submitted post-hearing briefs by the July 12 deadline, with the hope that the former federal judge would issue a ruling quickly. With NFL training camp underway and Watson practicing with his team, it seems the wait will stretch into August.

Under the NFL CBA, both the league and players’ union appoint an independent arbitrator to review the cases presented by the NFL and the player’s defense team. In this case, Robinson would then make her own determination on whether or not Watson violated the league’s personal conduct policy and she can then determine how long he should be suspended.

Once a decision is made, the NFL has the authority to appeal the decision to commissioner Roger Goodell. However, that also opens the door for the player to fight an increased suspension through a lawsuit at the federal level.

Charles Robinson of Yahoo Sports reported on July 18 that many believed the former federal judge was holding off on a decision in an effort to encourage Watson and the NFL to reach a settlement. While that might be the case, the two sides remain far apart on a potential suspension and a settlement remains unlikely.

It’s widely expected that Watson will serve a multi-game ban this season, but many around the league no longer anticipate him being sidelined for the entire year. As long as he is suspended, quarterback Jacoby Brissett will start for the Browns.