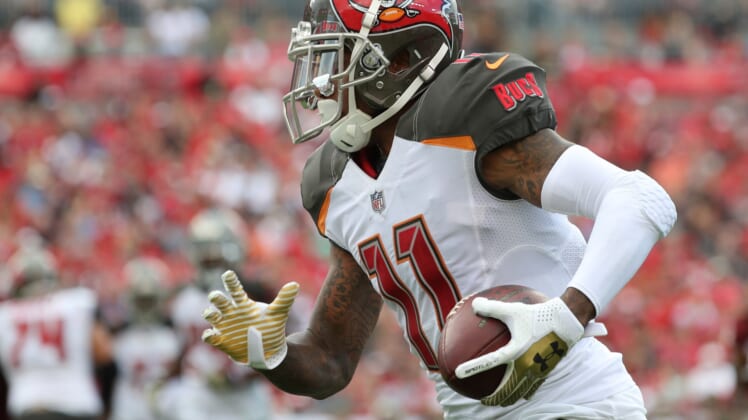 Just about an hour after a report emerged that the Tampa Bay Buccaneers would hold onto DeSean Jackson “for now,” the receiver said his goodbyes.

DeSean Jackson basically is ending it all himself (via Jackson on IG) pic.twitter.com/I17N4oVqw8

“Tampa it was a great experience, but things didn’t work out !! Looking forward to my next destination .. ? ? Stay Tuned.”

DeSean Jackson has not been officially released. So he's basically ended it himself via that Instagram post. We'll see what happens here.

So, essentially Jackson is trying to do what Antonio Brown did in Pittsburgh, which is end it himself and hope that the team gets the hint.

Tampa Bay had been trying to trade the receiver, who reportedly wants to reunite with the Philadelphia Eagles.

For what it’s worth, though Jackson is due to make $10 million this year none of that money is guaranteed, and Tampa Bay could cut Jackson without incurring a dead-cap penalty.

In two seasons with the Bucs, Jackson caught 91 passes for 1,442 yards and seven touchdowns.