DeSean Jackson celebrates being traded to Eagles with IG post 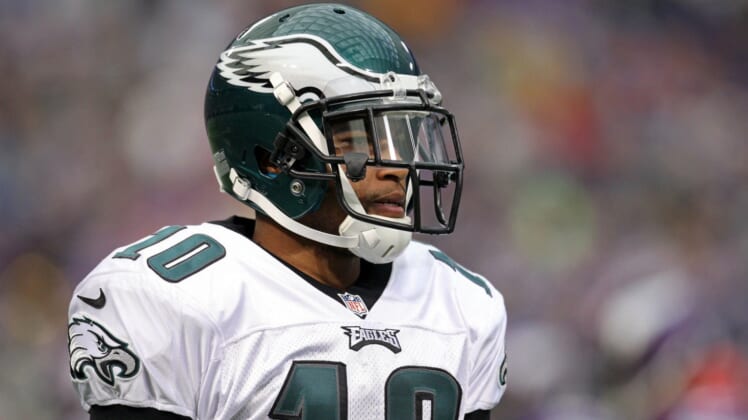 With a celebration in order, Jackson posted this throwback image of him wearing his No. 10 green Eagles jersey.

The post is simply captioned, “Gotta luv it” accompanied with a muscle emoji. Jackson was not happy with his situation in Tampa Bay on a Buccaneers team that has a struggling quarterback and faces some fierce competition within the NFC South.

Instead, he is back with an Eagles team that is only one year removed from winning a Super Bowl.

Catching passes from a presumedly healthy Carson Wentz is next in line for Jackson during what has been a brilliant career.