DeSean Jackson considering retirement, identifies 4 teams who could land him 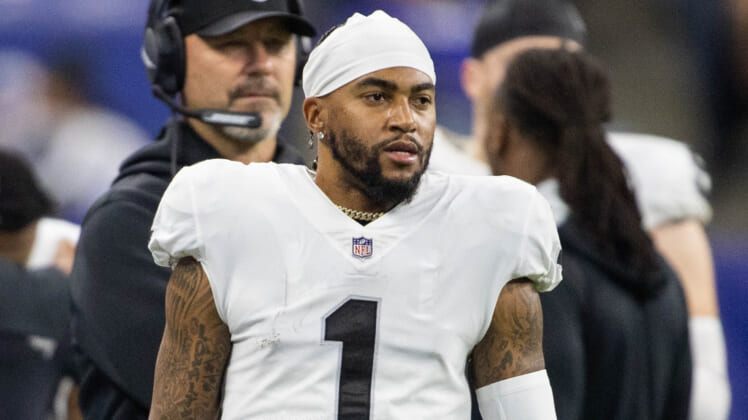 DeSean Jackson entered the National Football League in 2008 as one of the fastest players in the NFL. Entering his age-35 season, Jackson knows his career might have sped by but he could still be open to hanging around one more year under the right circumstances.

Drafted with the 49th pick in the 2008 NFL Draft, the 5-foot-10 receiver signed with the Los Angeles Rams in 2021. Unfortunately, the homecoming didn’t end how anyone hoped and the franchise granted him his release in November.

He joined the Las Vegas Raiders, making a few plays in limited action and still showing some of that electrifying speed that made him one of the most dangerous vertical threats in football. On the wrong side of 30, though, it became clear his best days were long behind him.

He now sees the writing on the wall. In an interview with Ashley Nicole Moss of Sports Illustrated, Jackson admitted he’s “not really sure” about playing next season and retirement is an option.

If he did hang up his cleats, the former Cal-Barkeley sensation would have plenty to look back upon fondly. He earned second-team All-Pro honors in 2009 and earned a Pro Bowl selection three times (2009, 2010, 2013). Furthermore, he holds the NFL record for 60-plus yard career touchdowns (26) and is tied for the most 80-plus yard touchdowns (five).

While retirement is a real option, Jackson admitted he is open to playing one more season if one of four teams reaches out with interest.

Jackson likely realizes he lost a shot at winning a Super Bowl with the Rams and playing time might have played a role. He certainly envisioned being more involved in the team’s passing attack. Instead, he only drew 15 targets in seven games and his snap count dropped off as the season went on.

Knowing the 2022 season would be his last, the focus for Jackson is likely on competing for a Super Bowl with a team he can help when called upon. He can still beat plenty of NFL cornerbacks deep downfield, making him useful as a rotational weapon.

Let’s take a quick look at the four teams he identified as potential options.