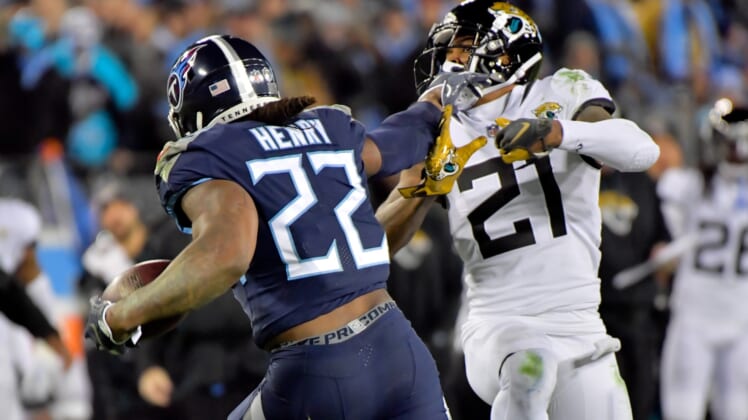 Tennessee Titans running back Derrick Henry enjoyed one of the best days a running back has ever had in Week 14.

As a thank you for blocking for him that night, Henry showed his offensive line some love — in the form of a gold chain.

“Henry’s yards were the most-ever in Titans history … and his 4 scores tied the franchise mark — so, as a thank you to his O-line for blocking for him … he got them some sick drip this week,” TMZ Sports reported. “We’re told Henry got the chains — which feature a gold 238 — for all five of the O-linemen who started for the team during the Week 14 romp.”

The “238” represents the number of yards Henry had in the win over the Jacksonville Jaguars. He also tied a record for the longest run in NFL history with an overpowering 99-yard touchdown (watch here).

This is a nice form of appreciation. Obviously, such a performance wouldn’t be possible without a good offensive line. And for the five guys who blocked for Henry, this is a reminder of what has to be one of the greatest days of their careers.