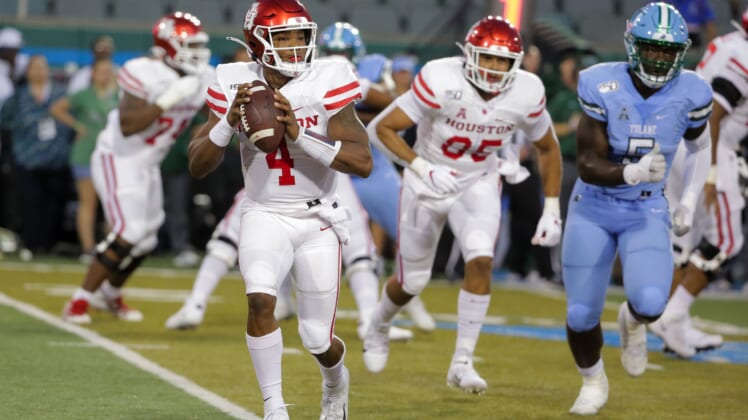 Houston Cougars senior quarterback D’Eriq King stunned the college football world when he announced he would take the rest of the season off.

In a statement released by the school, King said he will redshirt in 2019 and return to Houston to play in 2020. However, many have suggested King would still ultimately leave Houston to attend another school as a graduate transfer next year.

On Tuesday, he called reports he would transfer to another school “fake news.”

However, that doesn’t seem to have his coach feeling 100% fantastic about all this. When asked about this possibility on Tuesday, Dana Holgorsen admitted he’s definitely afraid his star will leave.

This is going to be a fascinating story to watch unfold over the next few months. Houston has been a disaster in 2019, which likely had a lot to do with King and receiver Keith Corbin opting to redshirt this season.

We’ll put a pin in King’s “fake news” comment until he actually follows through and plays for the Cougars in 2020.