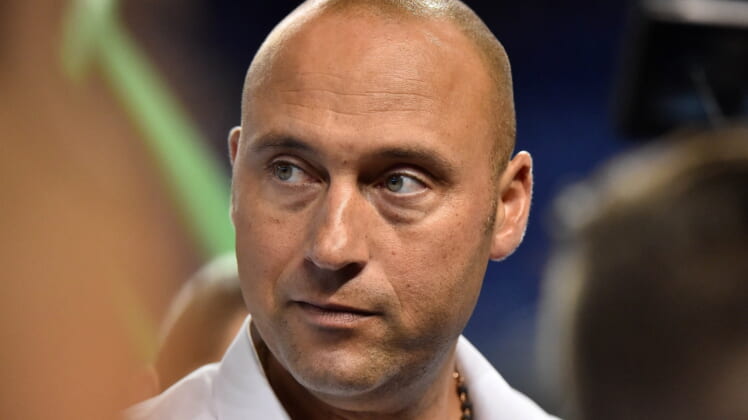 As Derek Jeter’s first season as CEO of the Miami Marlins comes to a close, the 44-year-old is now focused on his next big change. Jeter is aiming to move the notorious home-run sculpture out of the stadium.

According to The Miami Herald, Jeter is pitching an idea to move the multi-million dollar sculpture outside of the stadium and allow it to go off every day at 3:05 p.m.

Jeter and the Marlins are promoting the move as a way to highlight public art even more in front of the general public with a chance for more people to see it outside the stadium, according to The Miami Herald.

As of now, Jeter’s plan is facing significant pushback from the creator of the sculpture. Jeter even flew to New York to meet with sculptor Red Grooms about moving the massive artwork, but Grooms refused even after the meeting.

“He was very nice,” Grooms said, via The Miami Herald. “He was sensitive about everything. I very much liked him. I’m sorry we have opposing views of this situation.”

For the time being, it appears the statue that has drawn much laughter and ridicule from baseball fans everywhere will remain where it stands. Perhaps it could be a good thing as fewer people will be exposed to it if it’s in the stadium with the lowest attendance in baseball.