Derek Carr Must Improvise Beyond Gruden’s System to Elevate Offense 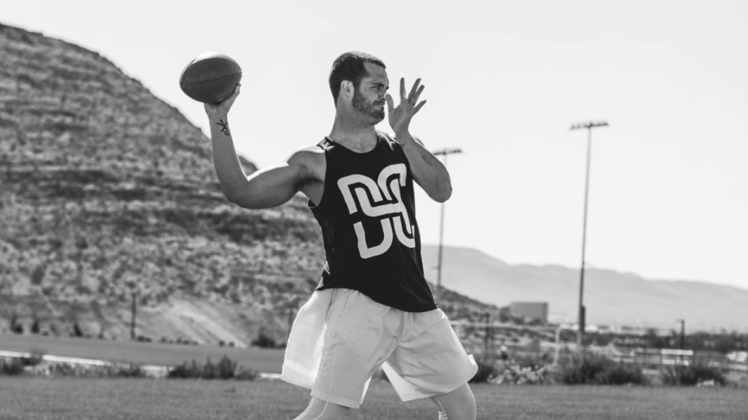 As we have continued to say over the past few seasons, Las Vegas Raiders quarterback Derek Carr often shoulders the blame for team failures unfairly. Now, with a better supporting cast, what must Carr do in order to lead his team into the playoffs?

Remember when you learned how to ride a bike or drive a car? As a beginner, you needed training wheels or supervision to make sure nothing went awry. Eventually, through growth and experience, we’re able to take matters into our hands. Las Vegas Raiders quarterback Derek Carr must do the same in order for the offense to take off in 2020.

Carr shouldn’t disregard a majority of head coach Jon Gruden’s play calls, but in his third year in the system, he has enough knowledge to tailor the scheme a bit.

This isn’t a direct shot at Gruden’s play-calling tendencies but a show of command within the offense and the ability to go beyond the initial call when opportunities arise with particular matchups against certain coverages.

Derek Carr Checking It Down

Derek Carr drew criticism for his lack of aggressiveness in the pocket over the past two seasons. That’s something that stood out to NBC Sports’ Chris Simms in his top-40 quarterback countdown (starting at the 49:12 mark).

“Step on the pedal, throw the fastball. Don’t always try to place the ball perfect…I see completions where I go, man if he threw the fast ball there that guy is going to catch it and run for a touchdown. Instead, he threw a changeup, the guy caught it and that’s great, but it was a tackle for a 20-yard gain instead of what I would say if he throws it later that’s going to be a 30- or 40-yard touchdown pass.”

ProFootballFocus provided the numbers to back up Simms’ thoughts. According to the analytic site’s data, Carr threw a checkdown pass on 10.3 percent of his attempts over the last two seasons, which ranks third among qualifying quarterbacks. He’s first among signal-callers expected to open the 2020 season as a starter. Blake Bortles (13.3 percent) and Mason Rudolph (10.5 percent) rank ahead of him.

According to ProFootballFocus, Carr ranked 11th or higher in pass attempts that traveled 20 or more yards through the air for three out of four campaigns before Gruden took over the offens

Furthermore, Carr’s checkdowns seem predetermined before the snap, which is another major issue with his detractors.

“Carr has also taken those checkdown options quicker than any other passer who has topped a 10% checkdown rate, averaging just 2.6 seconds before throwing on those plays compared to as high as a 2.93-second average for Gardner Minshew II,” Sam Monson of ProFootballFocus wrote.

Some critics will blame Derek Carr for the Raiders’ bland aerial attack. Others think a depleted wide receiver group significantly hindered him. We should consider another cause and consider a cumulative effect with all three factors.

Here’s a quick look at the Raiders’ top five receivers based on receptions since 2018:

Since Gruden took over the head-coaching job, the Raiders had constant turnover within the pass-catching group. Among the top five receivers, Richard has played the most games (32) for the Silver and Black over the last two years.

After April’s draft, Carr sat down with The Athletic’s Vic Tafur to address the criticism of his recent performances and provide a personal perspective. He addressed the chatter about his tendency to checkdown.

“I also love when people say that we only throw check-downs to Jalen Richard. But those are called plays for Jalen Richard. You know?! These are plays where we are only running routes to get him the ball,” Carr told Tafur.

“For example, he can call a play and say 73 percent of the time I want the ball to go to the back on the checkdown. It’s a scheme thing because he is setting up the next play. Later, I may pump that checkdown and throw it right over their heads. Man, there’s so much chess that’s being played at all times,” Carr added. “But there are times where it’s just like, ‘“I want you to throw this and if it’s there, throw it every time.”

Carr somewhat directly attributes the Raiders’ conservative style to Gruden’s play-calling. In other words, he’s followed the game plan, which calls for designed passes to Richard. This doesn’t exempt him from accountability at the line of scrimmage, but we all know how Gruden feels about better execution (of his plans).

Despite Gruden’s preference for a slow build-up through the air, Derek Carr should have enough trust from the coaching staff to take a few more shots if he sees a potential chance to let it rip downfield. Secondly, the 29-year-old is capable of pushing the ball deep. We saw evidence of this through most of his first four seasons.

According to ProFootballFocus, Carr ranked 11th or higher in pass attempts that traveled 20 or more yards through the air for three out of four campaigns before Gruden took over the offense.

Now, take a look at where Carr ranks since Gruden’s return in 2018.

So don’t listen to the narrative that Derek Carr has always been this conservative. That’s simply false. He’s become more tentative with the ball since Gruden’s arrival. That’s likely due to a combination of inadequate pickups at wide receiver and a “safe” game plan.

Here’s another sign of the head coach’s influence on the aerial attack. Take a look at Carr’s intended air yards over the previous four terms—two years before and with Gruden, per Next Gen Stats:

Once again, we can’t absolve Derek Carr since he can audible at the line of scrimmage, but he has to follow the script to an extent and not stray too far from the team’s weekly game plan. However, the seventh-year veteran should have the green light to let go of some well-timed deep balls.

In the NFL, the ability to improvise at the line of scrimmage and after the snap separates good quarterbacks from the top passers. If you take some time to watch Russell Wilson, Patrick Mahomes, Drew Brees, Aaron Rodgers and Tom Brady in his prime, it’s the adjustments before and during the action that elevate them above their peers.

Carr has the athleticism to move the pocket and the arm to stretch defenses vertically. With his experience in the system and several capable pass-catchers including Darren Waller, Henry Ruggs III, Tyrell Williams, Hunter Renfrow, Nelson Agholor, Bryan Edwards, Jason Witten, Foster Moreau (when healthy), Josh Jacobs, Lynn Bowden Jr. and Richard, he and Gruden can open up the offense.

Gruden may call that familiar checkdown to Richard to set up big plays later in the game, but at some point, defenders pick up on patterns, just ask Kansas City Chiefs safety Tyrann Mathieu, who read the Raiders offense like a book in Week 13 last year, per ESPN.

“Derek is going to try to take care of the football,” Mathieu said. “Tight ends, running backs, checkdowns, that’s kind of his game. I was glad I was able to capitalize on him when he did try to throw the ball down the field.”

Secondly, those early short completions didn’t amount to much in the second halves of games. In 2019, the Raiders averaged 7.2 points after halftime, which ranked 31st leaguewide, per TeamRankings.

Carr has the athleticism to move the pocket and the arm to stretch defenses vertically. With his experience in the system and several capable pass-catchers including Darren Waller, Henry Ruggs III, Tyrell Williams, Hunter Renfrow, Nelson Agholor, Bryan Edwards, Jason Witten, Foster Moreau (when healthy), Josh Jacobs, Lynn Bowden Jr. and Richard, he and Gruden can open up the offense.

At the end of last year, Gruden talked about his preference for more explosive plays (h/t Vincent Bonsignore of the Las Vegas Review-Journal).

Well, it’s time to open the floodgates. Even if the rookies start slow because of virtual practices through the spring, the offense has some continuity within the pass-catching group with Waller, Williams, Renfrow and Jacobs set to play a bigger role in the passing game.

If Gruden hesitates to open up the playbook, Carr needs to break the mold when necessary, take command of the offense and drive his unit downfield. In doing so, he would take a leap in development like many of the top quarterbacks have done early in their careers.