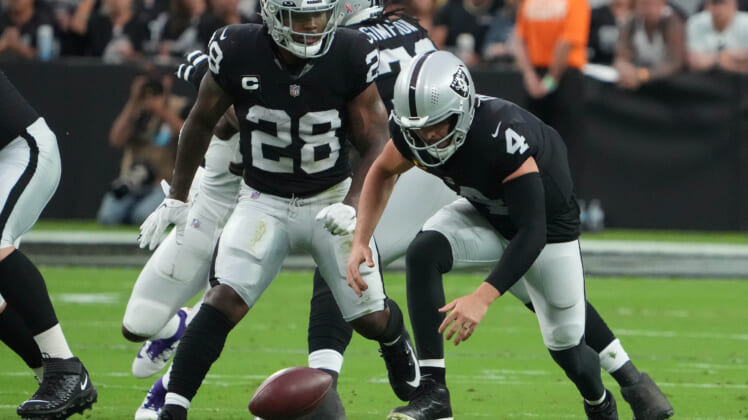 Derek Carr and the Las Vegas Raiders were pumped for their season opener at home against the Baltimore Ravens Monday night.

For the three-time Pro Bowler and his team, this represents the Raiders’ first regular-season game in Vegas with fans in attendance.

Whether it was nerves or something else, Carr was absolutely brutal to open the game. That included him completing three of his first 11 passes for 29 yards as the Raiders fell down 14-0 against Baltimore.

It was bad. Really, really bad.

Meanwhile, Vegas’ top play of the first 20 minutes was backup quarterback Marcus Mariota taking a snap and running 31 yards. Outside of that, the Raiders had 43 total yards about midway through the second quarter.

For fans in Las Vegas and around the NFL, the early performance from Derek Carr was indicative of his struggles under head coach Jon Gruden. The reactions magnified this.