Derek Brunson grinds out win over Kevin Holland at UFC 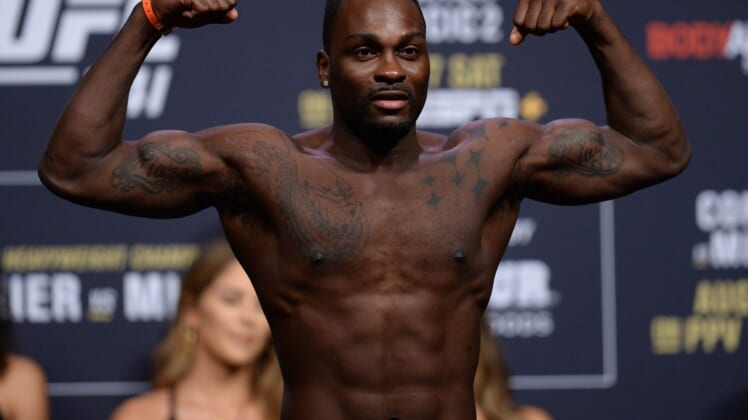 Derek Brunson had six takedowns and dominated control of their middleweight fight in a unanimous decision over Kevin Holland on Saturday night at UFC Fight Night in Las Vegas.

While Holland did the non-stop talking, Brunson set out to do the winning.

“I wanted to knock him out,” Brunson said after the bout. “Everyone can’t be pretty. Dana White, Mick Maynard, Sean Shelby, I’ve been putting in mad work in this division for so long. I wasn’t really too excited about this matchup. I wanted a top five [opponent]. They probably didn’t like my performance too much so give me a top five and let’s see what happens.”

Brunson landed 226 total strikes to Holland’s 190 but was in control of the bout for nearly 17 minutes.

Earlier, Max Griffin defeated Song Kenan in their welterweight bout via TKO by punch in Round 1. Griffin landed 11 shots to the head in 2:20.

In other bouts, Montserrat Conejo won a unanimous decision over Cheyanne Buys in their women’s strawweight fight, Adrian Yanez won by TKO (punch) 27 seconds into Round 3 over Gustavo Lopez, and Tai Tuivasa earned a TKO by punches over Harry Hunsucker 49 seconds into their heavyweight bout.