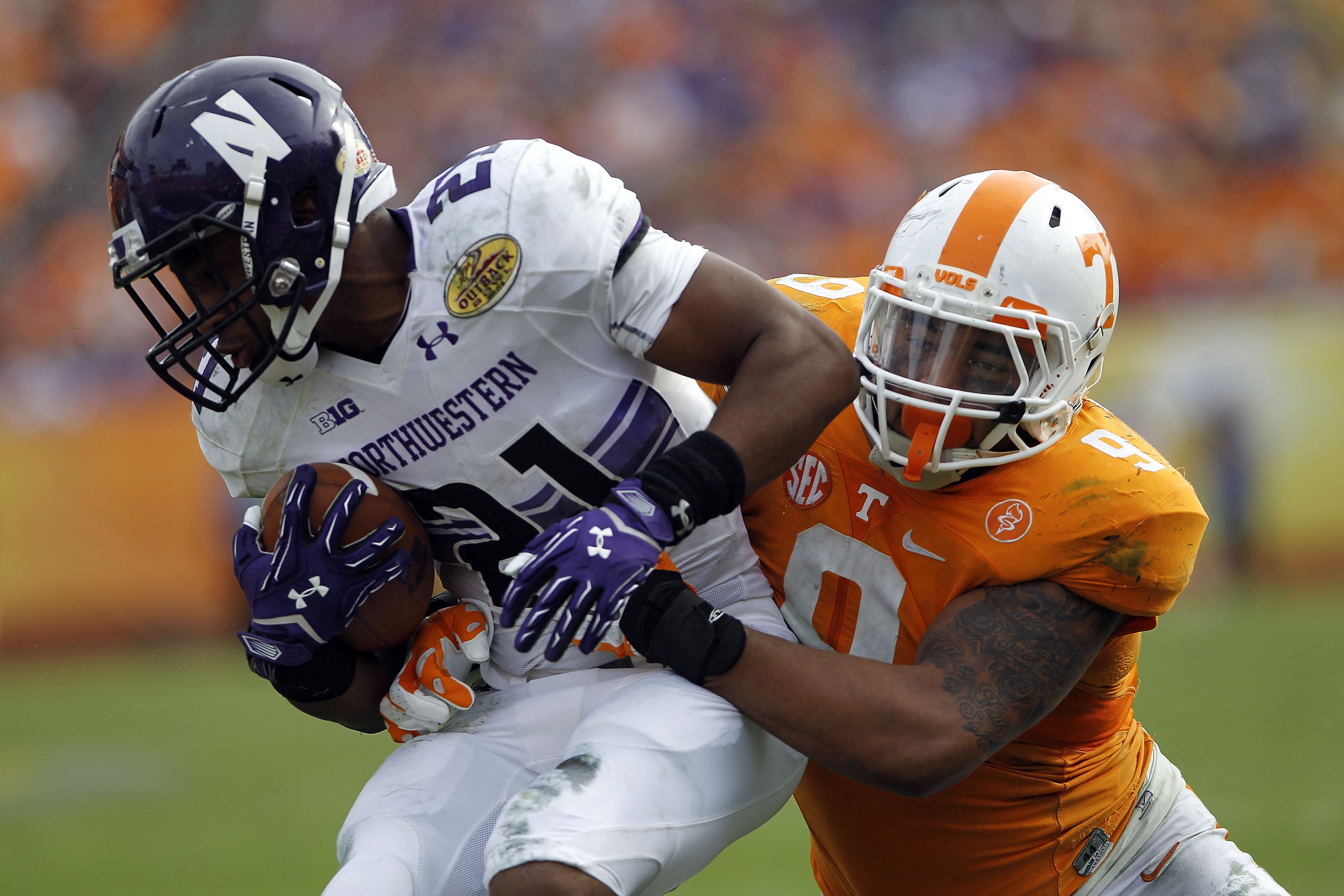 Tennessee has been on the ropes against mighty Alabama all game long, but two huge plays by defensive end Derek Barnett have kept the Vols in it.

After forcing a fumble on a sack in the first quarter (which led to the only touchdown of the game for the Vols), Barnett came up huge interception late in the second quarter on a tipped pass.

Here is a look at the pick, which set up Tennessee for a potential score before the half.

Derek Barnett, who already had a forced fumble on a sack, was in the right place at the right time for this INT. https://t.co/9Zyum5wJ5D

Unfortunately, the Vols were once again unable to make anything happen against ‘Bama’s suffocating defense and had to punt the ball shortly afterwards.

After receiving the punt, the Crimson Tide rolled down the field 64 yards on six plays to give kicker Adam Griffith a chance to make a field goal, which he missed.