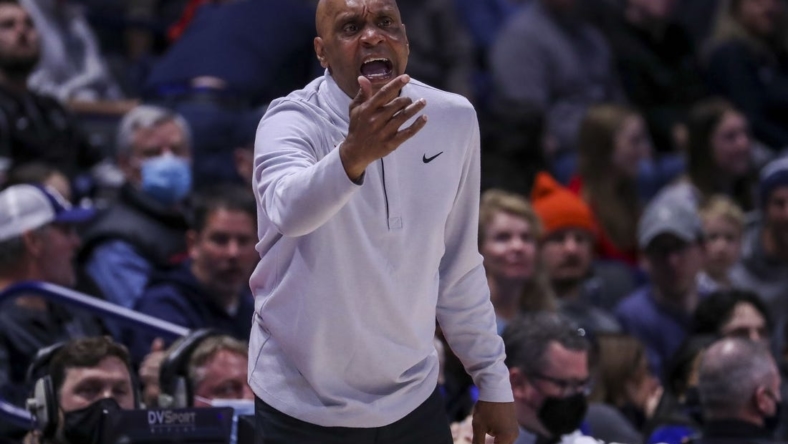 Umoja Gibson scored a game-high 24 points and Da’Sean Nelson had 15 points and seven rebounds to lift host DePaul to an 86-74 victory against Western Illinois on Friday night in Chicago.

The Blue Demons improved to 2-0 behind 58.9 percent shooting while going 9 of 19 from beyond the arc. DePaul led by as many as 20 points and outscored Western Illinois 46-34 in the paint.

Gibson led the way, finishing 8-for-10 from the field and adding eight assists. Javan Johnson, who sparked Monday’s season-opening victory against Loyola Maryland with a career-best 24 points, scored 14 on Friday, while Erol Penn chipped in 10 points.

Alec Rosner scored each of his 16 points in the second half to boost the Leathernecks (2-1). Vuk Stevanic and Jesiah West both had 13 points, and Quinlan Bennett scored 12. West added six rebounds and five assists.

The Leathernecks, who shot just 37.7 percent for the game, missed their first six field goal attempts of the second half and did not score until an Alec Rosner layup at the 14:52 mark. DePaul’s Yor Anei made things especially tough for Western Illinois, collecting four of his five blocks in the first 3:35 after halftime.

Western Illinois’ Trenton Massner had eight points and six rebounds in 19 minutes before leaving late in the first half upon taking a hard shot while setting a screen. Massner struggled to get to his feet before walking to the Leathernecks’ bench slowly. He did not return in the second half.

DePaul led 42-35 at halftime after a back-and-forth first 20 minutes. Seemingly in control when an Ahamad Bynum layup extended the lead to 14 points with 7:36 left in the first half, the Blue Demons surrendered the next 10 points.

The Blue Demons surged back ahead by 10 points soon after but were unable to build the lead beyond that. Gibson in the first half had 17 points on 5-for-7 shooting, including 3-of-4 from beyond the arc.