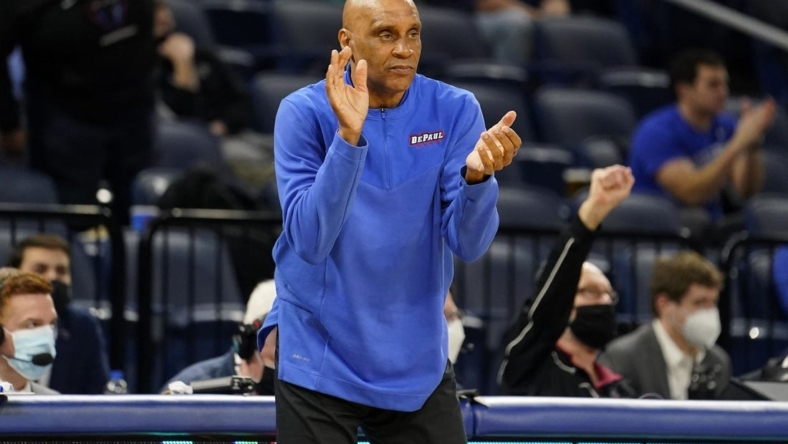 Dawson Garcia paced Minnesota (2-1) with 19 points and six rebounds, but the North Carolina transfer shot 5 of 14 from the field. Pharrel Payne contributed 12 points off the bench on 6-of-6 shooting and Ta’lon Cooper added 10 points and six assists.

Minnesota played without Jamison Battle, a preseason second-team All-Big Ten selection, for the third straight game as he remains week-to-week after undergoing minor foot surgery at the end of October.

Despite allowing six offensive rebounds before the first media timeout, Minnesota took a 16-14 lead on Payne’s dunk with 12:09 left in the first half. DePaul responded by reeling off 10 straight points as the Gophers missed 12 straight shots from the field. Gebrewhit started the Blue Demons’ run with a layup, then Gibson and Penn added four points apiece.

Payne ended Minnesota’s seven-minute drought by turning a Cooper dish into a dunk at 5:08, but Gibson instigated another spree that gave DePaul a 34-22 lead at the break. The Oklahoma grad transfer fed Johnson for a layup, drove on a clearout for another layup and then executed a pick-and-roll for a Penn layup.

Minnesota shot just 26.7 percent from the field in the first half.

Gibson triggered another DePaul run early in the second half as he set up Johnson for a 3-pointer and swiped a pass that he turned into a transition layup. That gave the Blue Demons a 41-25 lead and forced the Gophers to call a timeout with 16:57 left.

DePaul pushed its lead to 49-30 on a Gebrewhit 3-pointer before Minnesota started its push. The Gophers started scrambling defensively, which ramped up the tempo and triggered a 12-2 run capped by Garcia’s 3-pointer with 9:43 to go.

Minnesota got as close as eight on Joshua Ola-Joseph’s putback and had a chance to get closer, but Garcia’s 3-pointer came up short. Gibson grabbed the long rebound and sent it ahead to Da’sean Nelson for a breakaway jam.