Denver Nuggets rally from 18 down to knock off Orlando Magic 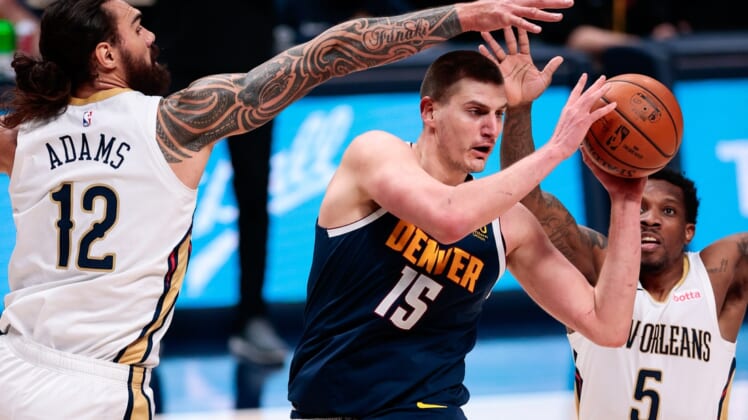 Aaron Gordon scored 24 points against his former team, Jamal Murray had 22, and the host Denver Nuggets rallied from 18 down to beat the Orlando Magic 119-109 on Sunday night.

Nikola Jokic had 17 points, 16 assists and nine rebounds, Michael Porter Jr. finished with 20 points and 12 rebounds, Will Barton scored 15 points and Monte Morris had 10 points off the bench for Denver.

Down by 18 at halftime, Denver came out energetic to start the third quarter. Murray hit a 3-pointer, then made a steal and turned it into a dunk, and Gordon scored five straight points during a 10-2 run to start the second half.

The Magic got the lead back to 13 before Gordon had a three-point play and Barton hit a 3-pointer to get the Nuggets within 77-69.

Hampton hit a corner 3-pointer to push the lead back to 11, but Denver ended the quarter on a 16-6 run and briefly took the lead before heading to the fourth down 86-85.

Ennis hit a 3-pointer to put Orlando ahead 94-91, but the Nuggets went on an 8-2 run to go ahead 99-96 with seven minutes left in the fourth. Carter scored six straight points for the Magic, who again took a one-point lead.

Hampton and Carter airballed two 3-point attempts, allowing Denver to score five straight to go ahead by 11, and the Nuggets closed it out.

Orlando led by six after the first quarter and 17 with about eight minutes left in the second. Denver got within 54-47 late in the half, but the Magic finished the quarter strong. Hampton had an alley-oop to help Orlando score the final 11 points and lead 65-47 at halftime.