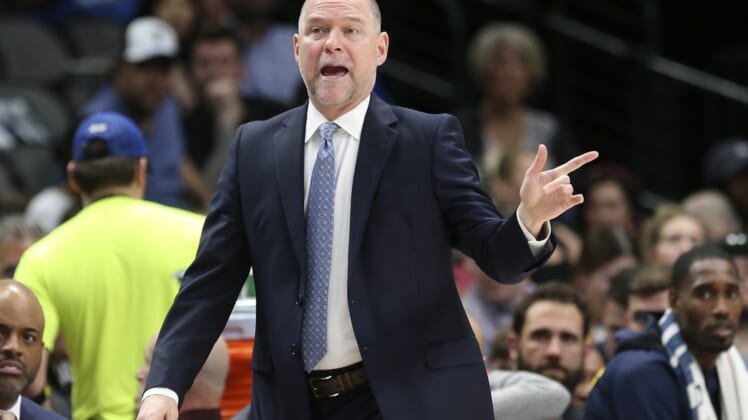 The 2019-20 NBA season is expected to resume in late July after what will be a four-plus month hiatus. The backdrop here is a COVID-19 pandemic that’s still spreading across the United States. The NBA world itself has not been immune from this.

“I like to say that I got coronavirus, and I kicked its butt,” Malone said, via CBS 4 in Denver (h/t NBA.com). “I was able to survive it, thank goodness.”

Malone, 48, noted that he fell ill back in March. He was unable to obtain a test given that they were not as widespread as they are right now. Though, he took an antibody test last month which revealed the head coach did in fact have coronavirus.

COVID-19 and the NBA world

Recent suggestions are that some players have pushed back against resuming the season at Walt Disney World in Orlando. Kyrie Irving is among the biggest skeptics. Though, this is as much about the ongoing racial tensions in the United States as it is about the virus.

The expectation here is still that the 2019-20 NBA season will return July 30. Each of the 22 teams will play eight regular-season games before the playoffs start.