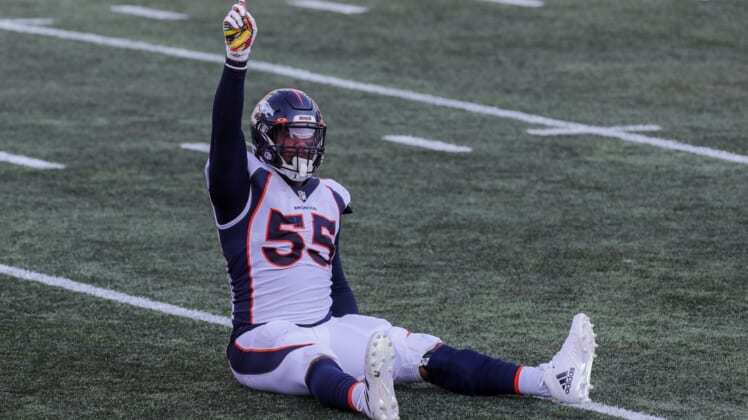 Denver Broncos outside linebacker Bradley Chubb will undergo arthroscopic surgery on his left ankle on Wednesday.

Chubb will have a bone spur removed from the ankle. He reinjured it during the second quarter of Sunday’s 23-13 victory over the Jacksonville Jaguars.

“I did everything I could to manage it and to try to come back and play,” Chubb told the team website on Tuesday. “I took the New York week (before the opener) trying to calm it down just a little bit, and then this Jacksonville week I tried to do everything to get back on the field, and unfortunately, all those things weren’t working in my favor.

A timetable per Chubb’s return will be determined after the surgery.

Chubb was an instant hit when he recorded a franchise rookie-record 12 sacks in 2018. The No. 5 overall pick out of North Carolina State has 20.5 in 35 career games but has repeatedly dealt with injuries.

He tore his left ACL in Denver’s fourth game of the 2019 season and also missed two games last season due to an injured right ankle. In May, Chubb underwent surgery to remove a bone spur from his right ankle.

“Just going through the ACL a couple years ago and then the offseason surgery on my other ankle, it gets frustrating because I feel like I’m doing everything I can,” Chubb said. “… I’m so excited to get back on this journey just to feel like myself again in these next couple weeks and just real excited to just help this team get to that playoff push.”

Chubb was a Pro Bowl selection last season when he had 7.5 sacks in 14 games.

The Broncos also lost another key defender in the win over the Jaguars as linebacker Josey Jewell sustained a season-ending pectoral injury. The team placed Jewell on injured reserve on Tuesday.

Jewell had made 18 consecutive starts and 30 overall in 49 career games with Denver. The fourth-year pro has 217 career tackles, including 10 for losses. Jewell had four stops against Jacksonville.