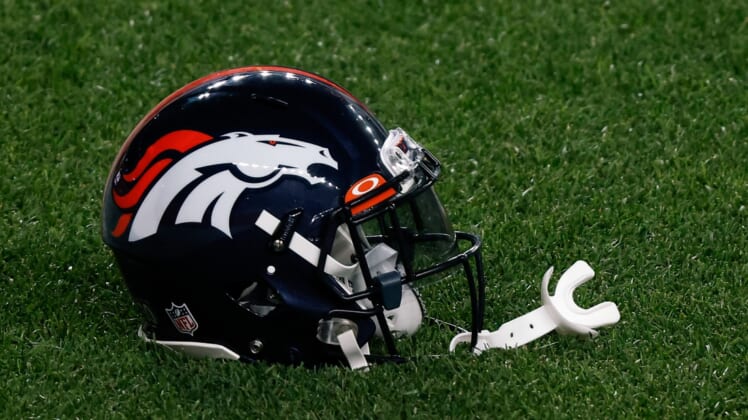 Players from the Denver Broncos and Seattle Seahawks issued statements through the NFL Players Association on Tuesday announcing they will not participate in voluntary in-person organized team activities this spring due to concerns surrounding the COVID-19 pandemic.

“With offseason programs starting in less than a week and without adequate protocols in place in order for us players to return safely, we will be exercising our right to not participate in voluntary offseason workouts,” the Broncos statement read. “COVID-19 remains a serious threat to our families and to our communities, and it makes no sense for us as players to put ourselves at risk during this dead period. Positivity rates in our city are higher than they were at this time last year and we know players have been infected at club facilities in recent weeks.

“Despite having a completely virtual offseason last year, the quality of play across the NFL was better than ever by almost every measure. We hope players across the NFL work with our union as we did to get all of the facts so every player can make an informed decision.”

A statement on behalf of the Denver Broncos players: pic.twitter.com/b7ZQZ1Z7PY

“For the protection of everyone’s safety, we the Seattle Seahawks are deciding to exercise our CBA right to not participate in voluntary in-person workouts,” the statement read, in part. “While many states in this country are still seeing rising COVID-19 numbers, we believe that a virtual offseason is best for everyone’s protection.

“Our hope is that we will see a positive shift in the COVID-19 data that will allow for a safe return for players when mandatory workouts are set to begin.”

A statement on behalf of the Seattle Seahawks players: pic.twitter.com/4Bwl4KkEOI

Last Friday, NFLPA president JC Tretter said the union will urge players not to show up if teams conduct in-person OTAs. On Tuesday, NFLPA executive director DeMaurice Smith and Tretter reiterated the union’s position in a memo sent to all players.

“We have been in regular contact with the NFL on negotiations over a virtual offseason,” the memo reads, per NFL Media. “As we have shared with your Executive Committee and Board, it is clear that neither side wants to move off their respective position. As we have made clear throughout bargaining: The COVID status in the country is as perilous as it was at this point last year; a number of players recently tested positive at team facilities. COVID weekly positive rates are as high, if not higher than, at this point last offseason; and NFL players who contracted COVID last season can become infected again.

“We believe that having the same offseason rules as last year is in the best interest of … the players and gives us the best chance of completing a full NFL season in 2021.

“As you know, other than minicamps, all offseason workouts are completely voluntary despite some of the language used by the clubs in recent days. And, while the CBA allows the teams to host mandatory minicamps, we believe the league should make them virtual just like last season.

“It is the recommendation of the NFLPA based on our medical experts’ advice that if the voluntary offseason program is in person, players should not attend. Therefore, as teams host calls to discuss these issues we urge that all players consider their own health and safety, make a personal decision about attending voluntary workouts and take into consideration the unanimous recommendation of the NFLPA COVID committee that we have an entirely virtual offseason.”

Offseason programs can begin on Monday.