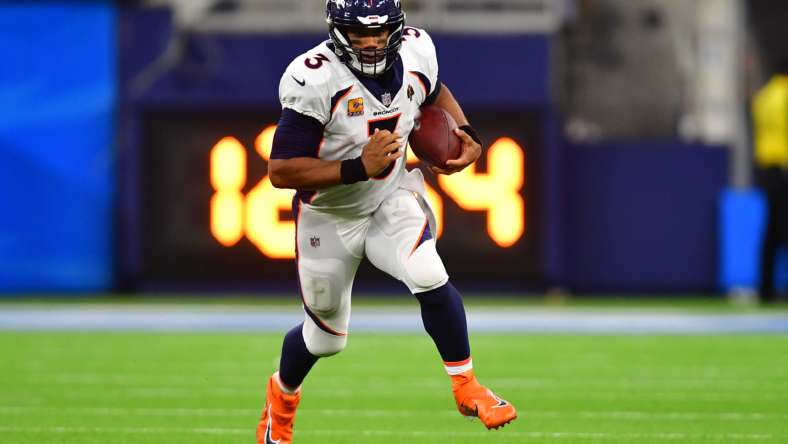 Denver Broncos quarterback Russell Wilson will start in Week 8 against the Jacksonville Jaguars, returning to action after missing Week 7 with a hamstring injury.

Wilson suffered a partially torn hamstring in Week 6, adding on to the list of injuries that he is dealing with in 2022. After missing one game, Wilson flew with the team to London and participated in practice on a limited bases in all three days this week.

Originally, Denver considered resting Wilson for Sunday’s game with the thinking that it would provide him with three weeks to recover from a partially torn lat muscle in his throwing shoulder and the partial hamstring tear. Ultimately, though, Wilson convinced the coaching staff and team doctors that he can suit up and play.

On Friday, Broncos’ head coach Nathaniel Hackett announced that Wilson will start against the Jaguars. While the team considered resting Wilson through the Week 9 bye, it was ultimately determined that he is healthy enough to play on Sunday.

Wilson’s insistence that he can play through the injury certainly played a massive role in being cleared to play. The current circumstances in Denver also had some influence. Entering Week 8, the Broncos are 2-5 with a loss to the Jaguars putting Hackett under even more scrutiny.

The Broncos don’t even have the incentive of protecting the future, with their 2023 first-round pick owned by the Seattle Seahawks. Wilson’s return should conceivably improve Denver’s offense, but the 33-year-old quarterback has struggled this season even before his lat and hamstring injuries.

If Wilson suffers a setback during Sunday’s game or is deemed too ineffective, Brett Rypien would step in as the fill-in starter.