It seems that Sean Payton won’t be the only candidate with a Super Bowl-winning pedigree that the Denver Broncos interview next week.

The next few weeks will be very important for the Denver Broncos and new owner Rob Walton. After dispatching head coach Nathaniel Hackett before he even finished his first full season on the job, they must now find the person who can end a streak of six straight losing seasons and return the franchise to the prominence it had during the first half of the 2010s.

Walton will be looking to make an immediate impact as the team’s new boss, and send a message that he spent a record $4.6 billion to win games now, not later. That is why there has been a great deal of speculation surrounding the team going after big-name talents like Sean Payton and Jim Harbaugh for the opening.

Related: Sean Payton reportedly could pass on Broncos job for one specific reason

However, it seems that the team is looking high and low to find their next head coach, and are leaving no stone unturned to hire the best candidate possible. That includes talking to the various talented coordinators and assistants around the league.

On Thursday, ESPN NFL insider Adam Schefter reported that a long-expected conversation between the Denver Broncos and former New Orleans Saints head coach Sean Payton will happen on Tuesday. However, that will not be the lone discussion with a candidate they have that day.

Schefter also revealed that current Los Angeles Rams defensive coordinator Raheem Morris is scheduled to speak with the team about their top coaching job as well. 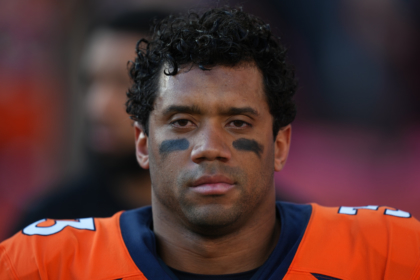 Raheem Morris was a part of the Los Angeles Rams staff that helped bring a Super Bowl to LA earlier this year. He has also served as a defensive coordinator and head coach during stints with the Tampa Bay Buccaneers and Atlanta Falcons. In 59 games as a head coach, Morris has amassed a record of 21-38.