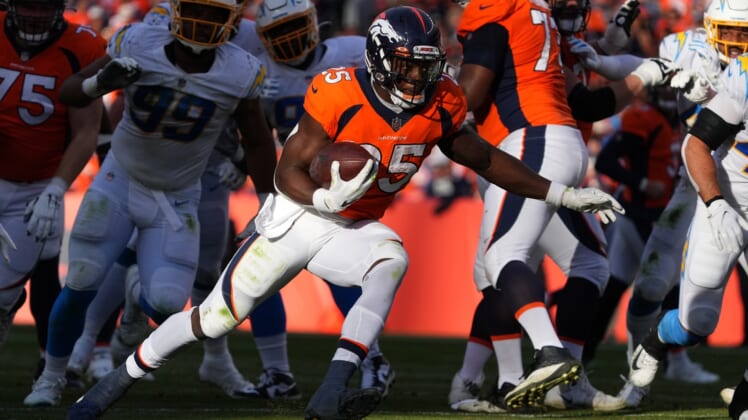 Gordon didn’t practice all week. Broncos coach Vic Fangio didn’t want to rule him out but also wasn’t optimistic that Gordon would be available for Saturday’s walk-through.

“We’ll see, it’s doubtful,” said Fangio, “but that’s why we didn’t list him as out. If he makes a turn he could play.”

Rookie Javonte Williams will serve as the main ball carrier if Gordon misses the game.

Gordon leads the Broncos with 605 rushing yards and five touchdowns. He also has 22 catches for 166 yards and two scores.

Williams has been solid with 568 rushing yards and two touchdowns. The second-round pick out of North Carolina also has 27 receptions for 193 yards and one score.

The Chiefs lead the bunched-up division with a 7-4 record. The Broncos, Los Angeles Chargers and Las Vegas Raiders are all 6-5.