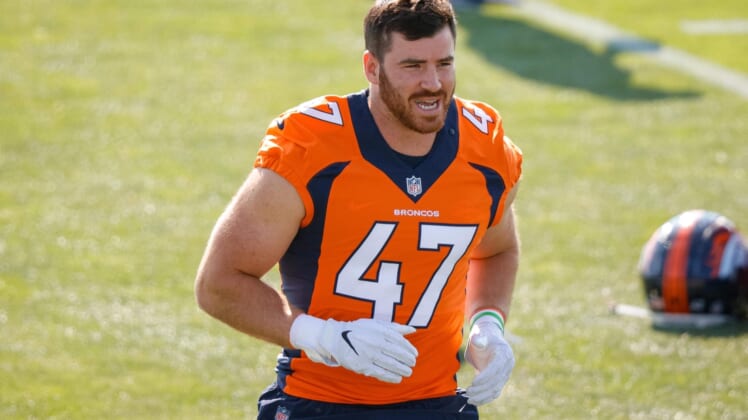 Denver Broncos starting linebacker Josey Jewell is out for the season after an MRI showed a torn pectoral muscle, NFL Network reported Monday.

Jewell left Sunday’s 23-13 win against the Jacksonville Jaguars and did not return. Broncos coach Vic Fangio said afterward that Jewell was injured on a special teams play.

Jewell had four tackles — two for loss — in his 21 snaps on defense against the Jags. He played four snaps on special teams. Jewell had started 18 straight games for the Broncos, who selected him in the fourth round of the 2018 draft.