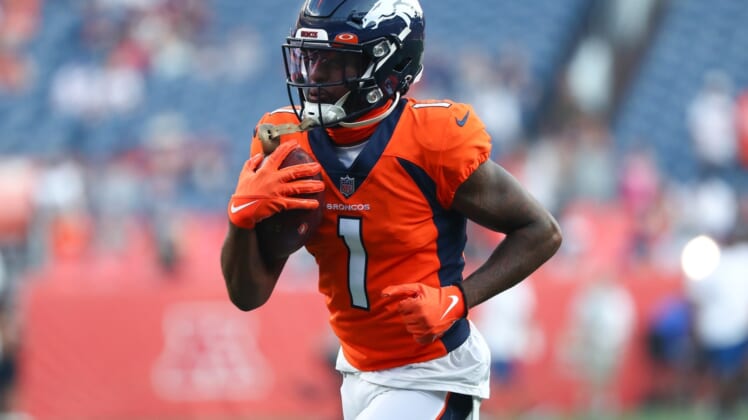 The second-year wideout was injured trying to catch a pass in the second quarter of the unbeaten Broncos’ 26-0 home victory against the New York Jets on Sunday.

Hamler, 22, made one grab for 28 yards against the Jets and tallied five catches for 74 yards and no touchdowns in three games this season.

A 2020 second-round pick, Hamler started four of his 13 games as a rookie and finished with 30 receptions for 381 yards and three scores. He also rushed nine times for 40 yards.