Early Sunday morning the Denver Broncos announced they have fired their head coach, Vic Fangio. This follows their regular season finale in which they lost 28-24 to their AFC West rivals in the Kansas City Chiefs. It caps off a 19-30 record over Fangio’s three-year tenure.

Ian Rapoport of the NFL Network announced general manager George Paton made the decision to let Fangio go. He is expected to be highly sought after as a defensive coordinator. Reports have even suggested he could quickly become one of the highest-paid coordinators in pro football. 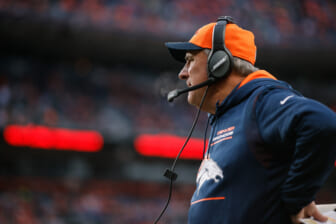 Vic Fangio becomes the first of many

Fangio becomes the first of many that are expected to be let go on Black Monday, the annual day after the regular season where head coaches around the NFL are let go.

Interestingly enough, Fangio led a phenomenal defense event through this season, where they were ranked No. 1 in points allowed for much of the year. As of now, they rank third, allowing just 18.9 points per game.

His expertise on the defensive side is what will help him likely land back on his feet in a new situation fairly soon.

Ultimately what did Fangio in was the poor quarterback play in Denver ever since he arrived. But the problem has persisted ever since Peyton Manning retired following the 2015 season.

Who knows how different Fangio’s tenure could have gone had the Broncos found a way to land one of the big fish that were rumored ahead of the 2021-22 football season. From Aaron Rodgers, Russell Wilson, to Deshaun Watson, perhaps Fangio would still be coaching this season, heading into the playoffs. To be fair, the AFC West is not an easy road to navigate, with Patrick Mahomes and Justin Herbert holding it down for the foreseeable future.

Good luck to Fangio on his next adventure. He likely won’t be out of a job for long. 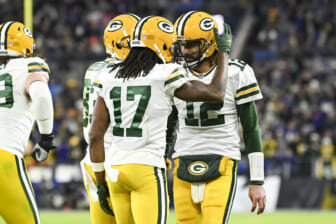