Broncos trade up to No. 26 for Paxton Lynch 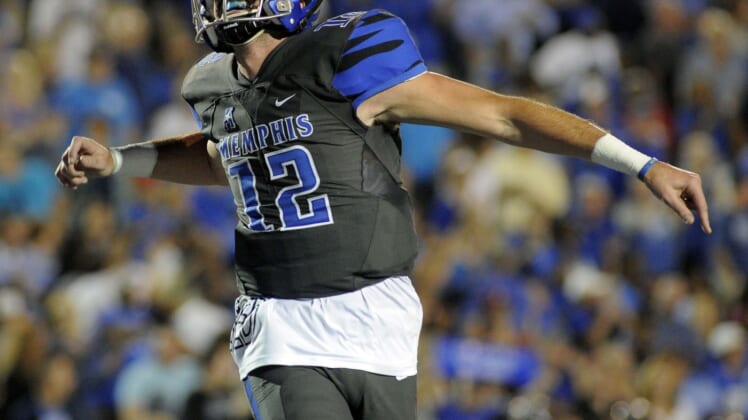 The Denver Broncos have found their quarterback to replace Peyton Manning and Brock Osweiler. They made a trade with the Seattle Seahawks to acquire the 26th pick and then used it to select Memphis quarterback Paxton Lynch.

To acquire the pick, Denver traded their first (31st overall) and third round (94th overall) selections.

There are two ways to look at this.

One is that it’s a reach, which is true. While it’s a late first-round pick, one would have been hard pressed to find a team’s draft board that included Lynch in their top 31, let alone top 26. By talent, he’s a second round pick.

On the other hand, with the news that the trade talks for Colin Kaepernick with San Francisco 49ers were dead, Denver had to come out of this draft with a quarterback. As good as their defense is, it will be awfully hard for the Broncos to compete for a Super Bowl with Mark Sanchez, Trevor Siemian, and maybe some mid-rounder as the only quarterbacks on the roster.

Additionally, the defending champs are the perfect team for Lynch. With their defense, all they really need is a quarterback to come in and mostly be a game manager that maybe makes a few big throws. We know that because they just won a Super Bowl with Peyton Manning and Brock Osweiler doing just that.

Lynch can be that quarterback for them this year. The Broncos have the supporting cast that can win games while he focuses on game managing and gradually improving. Denver has one of the league’s best defenses, a solid rushing attack. With Demaryius Thomas and Emmanuel Sanders in tow, they have the receivers that will help Lynch execute some of those needed big throws.

In most cases, reaching for a pick is not a good thing, especially when you trade up to do it. In this case, though, the Broncos made the right call.