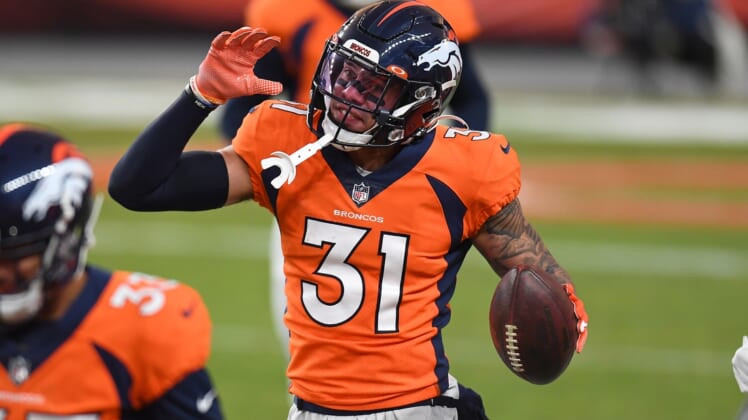 The Denver Broncos and Justin Simmons are finalizing a four-year, $61 million deal that will make him the highest paid safety in the NFL, multiple outlets reported Friday.

Arizona safety Budda Baker signed a contract last August with an annual average value of $14.75 million — $500,000 less per year than Simmons is likely to earn.

Simmons, 27, played under the franchise tag in 2020 for $11.4 million and was tagged for a second straight year earlier this month.

The Broncos selected Simmons in the third round of the 2016 NFL Draft. In five seasons, he has played in 74 games (64 starts) and has recorded 16 interceptions — one returned for a touchdown — to go with 37 passes defensed and 385 tackles.

Simmons had a career-high five interceptions and nine passes defensed in 16 games in 2020 and was selected to his first Pro Bowl.