He has been on IR since Sept. 14 with a high ankle sprain suffered in a Week 1 victory against the New York Giants. The Broncos designated him to return from IR on Oct. 16.

Jeudy, the Broncos’ first-round pick in 2020, caught six passes for 72 yards before he was injured and carted off the field. 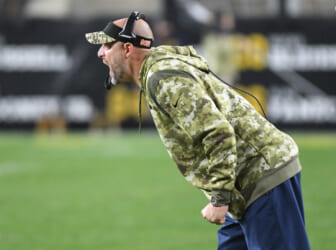