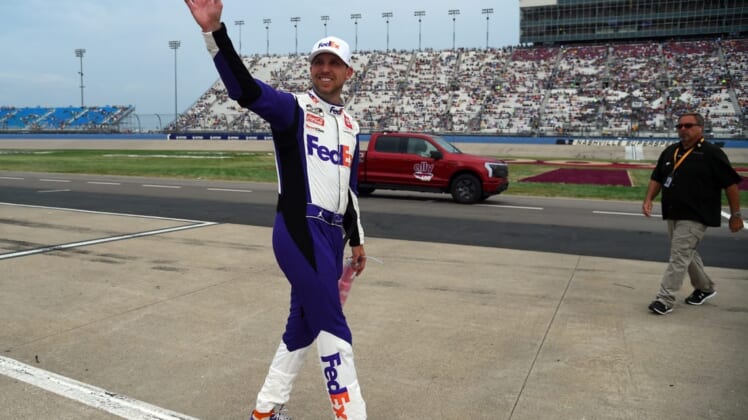 NASCAR driver Denny Hamlin will debut a new paint scheme for his No. 11 Toyota Camry this weekend in Hampton, Ga.

At the Quaker State 400 at the Atlanta Motor Speedway on Sunday, Hamlin’s car will be sporting a red, white and silver paint scheme with Coca-Cola as the primary sponsor.

Hamlin — who drives for Joe Gibbs Racing — has typically driven his car with variations of white, orange and purple paint scheme with FedEx as the primary sponsor for the last several years.

The 41-year-old Hamlin has one career win at the Atlanta Motor Speedway, coming in 2012. He also won the pole in 2010. The track was repaved ahead of this year’s race.

He is also the co-owner of 23XI Racing with NBA legend Michael Jordan, which fields cars driven by Bubba Wallace and Kurt Busch.