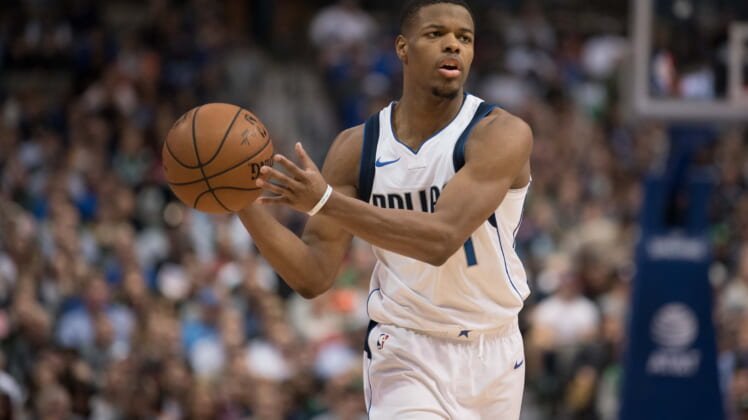 Now that he’s comfortably back in the fold with the Dallas Mavericks, young star Dennis Smith Jr. is getting back to having some fun.

According to Shams Charania of The Athletic, Smith Jr. has committed to participating in the NBA All-Star Slam Dunk Contest in Charlotte.

The second-year guard should light up the joint. He’s known for pulling off awe-inspiring dunks during games (like this), so we can only imagine what he’ll do with a with a choreographed routine.