Dennis Rodman not a fan of Joel Embiid’s GOAT take 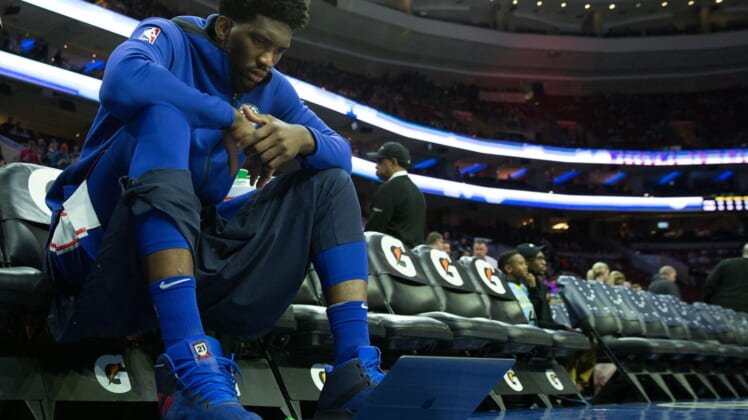 Philadelphia 76ers big man Joel Embiid has never been one to shy away from providing his opinion. Just ask NBA officials and others around the Association.

Even then, it was somewhat of a surprise when Embiid bypassed former Chicago Bulls legend Michael Jordan on his all-time GOAT list — replacing him with Wilt Chamberlain.

“(Jordan) is not the GOAT,” Embiid said earlier in February. “To me, you got Wilt Chamberlain. He’s got all the records, and no one is ever gonna beat them. I don’t see anyone ever getting 100 points in a game. That’s it, he’s the GOAT.”

This apparently has not sat well with Dennis Rodman, who starred with Jordan in Chicago.

“Joel Embiid, you’re doing a great job for your little island or country where you’re from. Shut the f**k up, go do your god d**n job and do Philly proud,” Rodman told TMZ Sports over the weekend. “That’s the one thing they need, is a championship.”

Tell us how you really feel, Mr. Rodman.

Realistically, there’s no wrong side of this debate. Chamberlain played in a completely different era than Jordan. The same can be said for the likes of LeBron James today.

Even then, this is the latest evidence of people being darn passionate about a debate that has raged since the NBA itself started.

Rodman is a bit subjective on the matter in that he played with Jordan. Meanwhile, a center like Embiid might side with a fellow big man like Chamberlain.