With Dennis Allen Gone, a Fresh Start is Needed for the Raiders

There was once a time when the Oakland Raiders were considered a model franchise. They seemed ahead of the curve when it came to hiring coaches and front office personnel. This led to extensive success over the course of multiple decades.

Now with Al Davis gone and years removed from being relevant in the modern landscape of the NFL, these Raiders are a shell of their former selves. 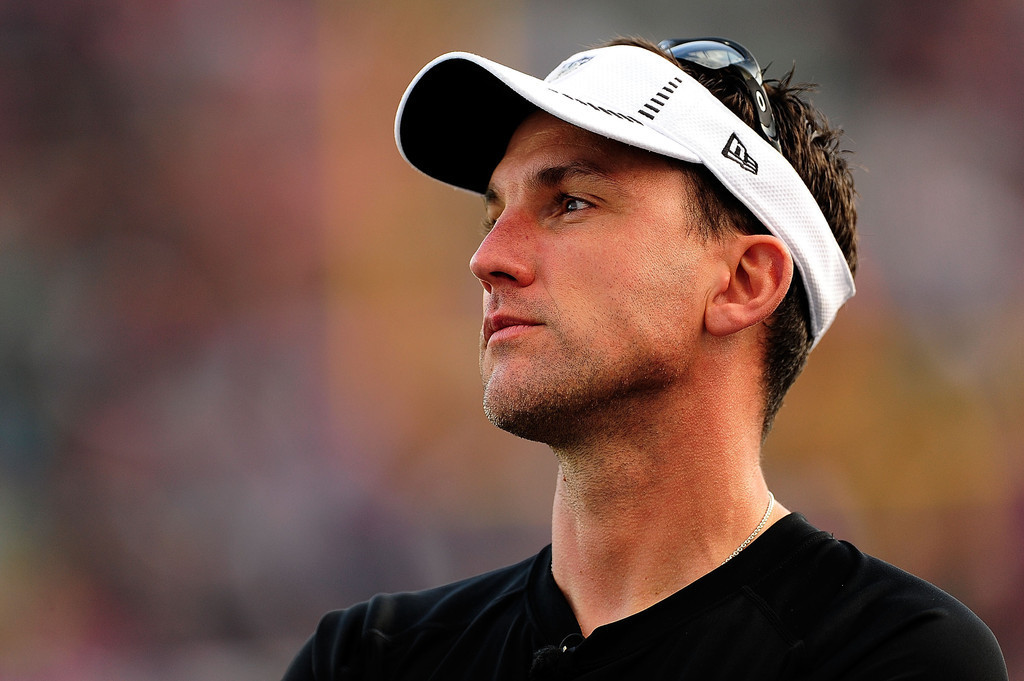 Fresh off the firing of Dennis Allen, Oakland will now be naming an interim head coach to finish what has been a disappointing season. That’s 11 head coaches for this franchise since the 1995 campaign. For comparison’s sake, the Pittsburgh Steelers have had three head coaches since 1969.

A lack of continuity on the sideline has caused dramatic turnover for the Raiders over the years. And in order to become relevant in the NFL today, they need this to change.

Which brings me to my first point.

Oakland cannot hire a retread head coach that has failed to be successful for another organization in the NFL. Instead, Mark Davis and Co. need to find someone that has head coaching experience but also possesses the youth that has come to define this franchise’s success over the decades. 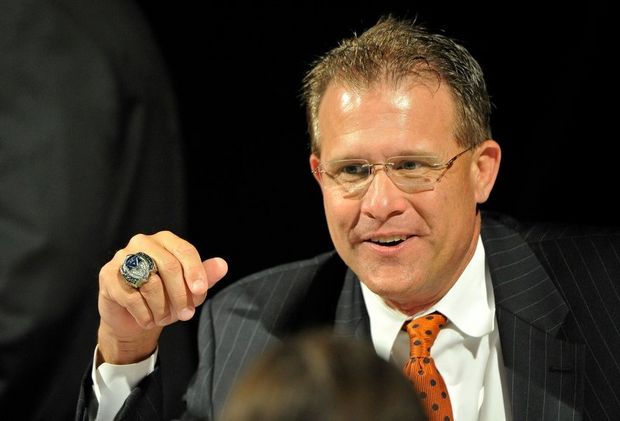 Courtesy of AL.com: With a ton of experience and success in college, Malzahn is the type of coach Oakland needs.

Stanford’s David Shaw and Auburn’s Gus Malzahn fit the bill here. This would give the Raiders a coach that has had success at a viable college football program, while still enabling them to look to the future.

It sure the heck beats bringing in a retread head coach such as Jon Gruden who was let go from his previous job after finishing four games under .500 in his last three seasons with the Tampa Bay Buccaneers.

Oakland could surely look the coordinator route, but that hasn’t necessarily been a successful strategy for the organization recently, Dennis Allen being the latest example.

Then you have the Reggie McKenzie question. Starting completely over would include firing the general manager that sent Hue Jackson packing in order to bring in Dennis Allen as a “fresh start” for the organization.

In fact, these were McKenzie’s words when announcing the Jackson firing (via ESPN.com).

There comes a time when change is necessary…For the Raiders the time is now. The Raiders organization, with respect and deference for all its tradition and history, is about to embark on a new era.

Now less than two years removed from making that statement, McKenzie can’t honestly believe that his personnel decisions didn’t play a role in the Raiders lack of progression over the past season-plus.

It’s with that understanding that Mark Davis must make the decision to, as Jackson put it after he was fired, “gut this place.”

And when drawing this conclusion, Davis must include himself in the wholesale turnover. This is to say that he has to pull a Jed York and remove himself from any of the day-to-day operations of the front office and their decision making. From free agent signings and draft picks to the hiring of a new general manager and head coach.

Once Jed York took over as the CEO of the 49ers, he had the idea of building a strong front office with men capable of making personnel decisions without much input from himself. This enabled York to work behind the scenes and get Levi’s Stadium built as well as change the entire dynamic of the then fledgling franchise.

The results in San Francisco were nearly immediate. Trent Baalke was promoted to general manager in 2011, bringing Jim Harbaugh with him to be the team’s head coach shortly thereafter. While York had some say in these decisions, he also relied on others (with a better football understanding) to work magic behind the scenes.

Since then, it’s been Baalke, Harbaugh and a whole host of qualified front office execs that have run the ship in Santa Clara.

While these front office pairings aren’t always indicative of hassle-free work places, more often than not they work. 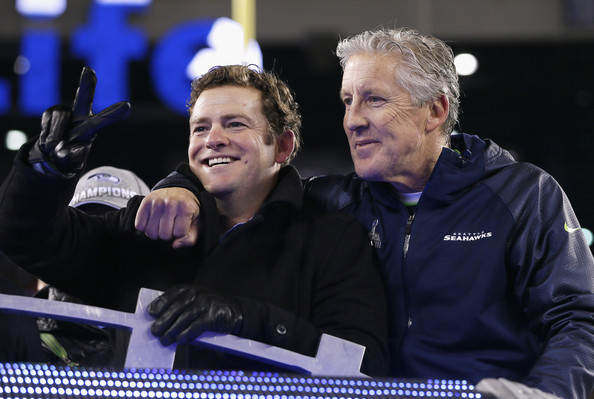 Courtesy of Zimbio.com: Schneider and Carroll have the ideal head coach-general manager relationship.

We have seen this very same type of success with John Schneider and Pete Carroll in Seattle as well as Ted Thompson and Mike McCarthy in Green Bay.

In order for the Raiders to completely clean house and start anew, McKenzie and Davis must be removed from their current roles. For McKenzie that means either taking another job within the organization or leaving it altogether. For Davis, that includes taking a smaller role in the personnel decisions and working harder to get the stadium issue fixed.

In this new NFL, there is a certain way to do things. This philosophy has worked over and over again for some of the top franchises in the league. And while Davis might have had it right by bringing McKenzie in back in 2012, he simply cannot turn back the clock and refuse to accept the fact that McKenzie is nearly as much to blame for the Raiders lack of progression as Allen was.

That would be foolish. 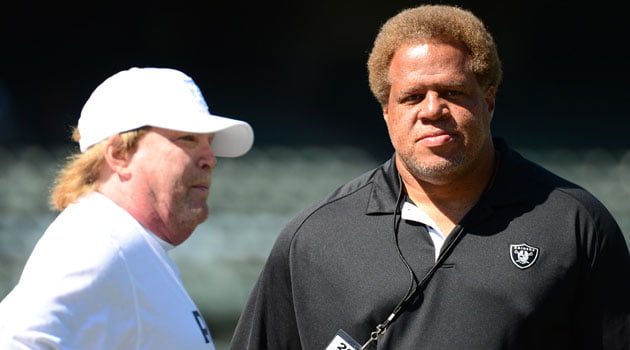 Courtesy of CBS Sports: Unless Davis is willing to commit to McKenzie for the long-term, the latter must be fired.

If the Raiders are to start anew, it would have to be immediate and decisive. This means firing McKenzie within the next couple weeks and starting the general manager search immediately. Only then, will the Raiders be able to hire a top front office executive, further engage in the 2015 NFL draft process and look at potential head coaching candidates. It’s the only viable sequence of events. McKenzie simply cannot function in a general manager role if he’s looking over his head waiting for the next domino to fall.

Unless Davis is willing to give McKenzie long-term job security, it makes no sense to keep him as the team’s general maanger. After all, whoever the executive brings in to be the head coach (should he keep his job) would be seen as an extension of the McKenzie regime once he is ultimately let go.

Firing Allen may have been the first step here, but it simply can’t be the last. With a ton of money to spend under the salary cap next offseason and some solid young players on the roster, the Raiders aren’t necessarily an unattractive destination for some of the top minds in football. They now have an opportunity to get a jump-start on the the future. And to be honest, they must take full advantage of that right now.