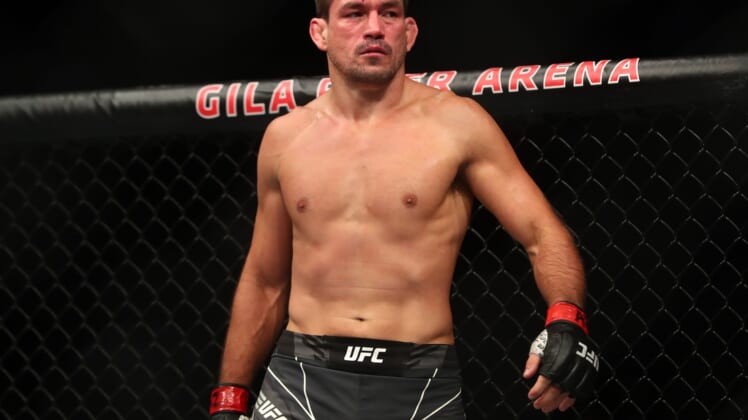 UFC boss Dana White said that Demian Maia’s loss at UFC 263 on Saturday was likely the end of the road for the veteran fighter.

But Maia is hoping the promotion will grant him one last bout and he wants it to be against Nate Diaz, another veteran who lost on Saturday night.

“Regardless of last night, I know I still have one fight left in me, and it’s no secret that I feel like @UFC is my home, where I want to finish my career,” Maia wrote in an Instagram post in which he tagged Diaz.

“Now, I have no idea if they will give me another fight, but if they do, I would be honored to do my last MMA bout with you, someone who always come to fight, who represents BJJ and whom I respect.”

Diaz was asked before Saturday’s loss to Leon Edwards whether he’d entertain a bout against Maia and seemed hesitant.

“I feel like I’m pretty much on the same side as (Maia),” responded Diaz. “I feel like I’m representing the same thing — jiu-jitsu background. I wouldn’t say I would like to fight Demian Maia. I think he’s great.”