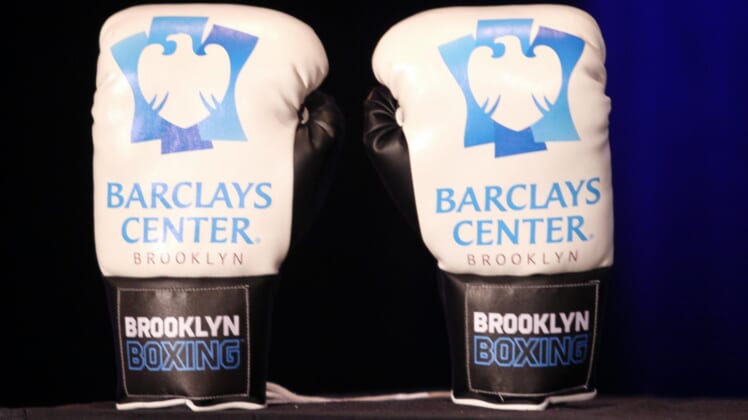 After a 14-month layoff, WBO Middleweight champion Demetrius Andrade (29-0) will return to the ring in defending his belt against Liam Williams (23-2-1) on April 17th. The fight will take place in Hollywood, Florida and will broadcast live on DAZN.

This will be Demetrius Andrade’s fourth WBO Middleweight title defense. He won the belt in October 2018, beating previously undefeated Walter Kautondokwa to claim the vacant championship. The last time Andrade was in the ring, he successfully defended his WBO belt against Luke Keeler winning by TKO in the 9th round.

Demetrius Andrade returns to the ring against Liam Williams

This will be the first world title fight in the career of Liam Williams. He is currently on a seven-fight win streak with each coming by way of knockout and only one fight going past the sixth round.

Liam Williams was last in the ring this past October, beating Andrew Robinson by first round knockout finishing him with a body shot a minute in a half into the fight.

While Liam Williams is going into the fight as the massive underdog with seemingly nothing to lose, Demetrius Andrade has pretty much everything to lose. Not only is Andrade fighting to keep his championship, he is also looking to secure fights against top competition in the middleweight division.

In order for Andrade to get fights against top contenders like Gennadiy Golovkin or Jermall Charlo, he will need to not just win this fight but do it in spectacular fashion. That means either finishing Liam Williams in a spectacular stoppage or putting on a 12-round exhibition with great skill, each of which he has the ability to do.

At the end of the day, Andrade will get the win either by decision or a late round stoppage. However, as previously mentioned, if he is able to make the fight entertaining he could be in for a big fight with a fellow top middleweight in the near future.