DeMarcus Lawrence, unlike many of his peers, is ecstatic about signing franchise tag 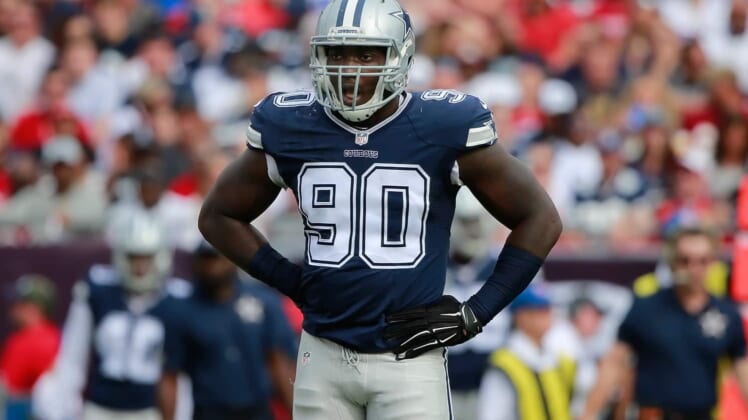 For many in the NFL, the franchise tag is anathema. They just hate it. But one player who was hit with the tag this month — Dallas Cowboys defensive end DeMarcus Lawrence — is loving it.

Just take a look at a couple of his Twitter posts from Thursday, before and after he signed his tag.

My family and I are beyond thankful to the @dallascowboys organization for this opportunity! More motivated than EVER!!! ????? pic.twitter.com/6hRzIbDIh4

Clearly, Lawrence is beyond happy to be inking a deal that pays him over $17 million guaranteed this year. And he might soon have reason to smile even more if he and the ‘Boys can work out a long-term deal that would include a significant amount more in guarantees.

So, while most of the players who are stuck with the tag sulk about not landing a long-term contract (cough! Le’Veon Bell! cough!), Lawrence is on the other side of the fence and loving life.