DeMarcus Cousins will sit out remainder of NBA season, despite significant interest 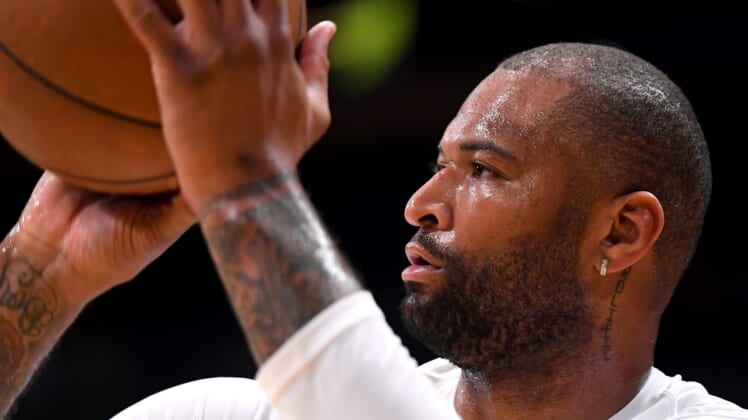 As NBA teams have started preparing for the resumption of the 2019-’20 season, many have focused on DeMarcus Cousins as a great talent to add before the season returns. Unfortunately for them, they’ll now have to move on to other options.

DeMarcus Cousins will sit out resumed season despite interest

DeMarcus Cousins suffered a torn ACL in August shortly after signing with the Los Angeles Lakers. Even after the team released him, the four-time All-Star kept working with them as he worked to rehab towards a return.

When the NBA suspended its season in March, it opened the door for Cousins to potentially return. With the NBA Playoffs set to take place in July, many expected him to re-sign with the Lakers for a playoff run. Instead, per The Athletic’s Shams Charania, Cousins will sit out the remainder of the season.

While the move is surprising, it could be in Cousins’ best interest for the future of his career. He has suffered a torn Achilles and torn ACL in recent years, severely limiting his incredible athleticism and talent.

Cousins can now spend the next few months ensuring he is fully healthy for the 2020-’21 NBA season. If he does that, he should generate even more interest from NBA teams as a free agent with the ability to make a huge impact.