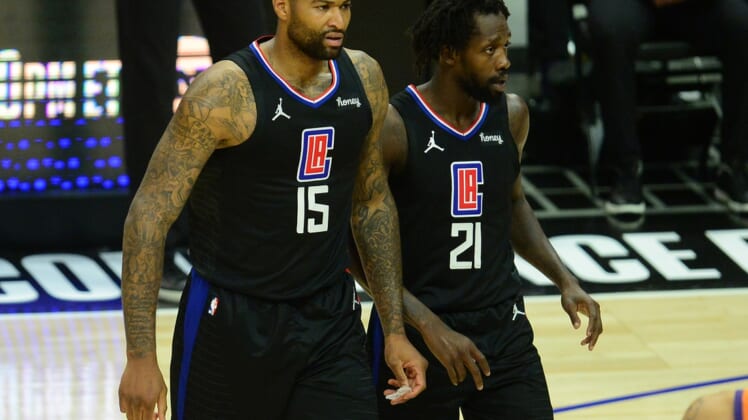 Jun 30, 2021; Los Angeles, California, USA; Los Angeles Clippers center DeMarcus Cousins (15) reacts after a defensive play against the Phoenix Suns during the second half in game six of the Western Conference Finals for the 2021 NBA Playoffs at Staples Center. Mandatory Credit: Gary A. Vasquez-USA TODAY Sports

Per ESPN, the deal will be non-guaranteed.

Cousins, 31, is a four-time All-Star and three-time All-League player and currently ranks 15th among active scorers (20.4 points per game) and eighth among active rebounders (10.6).

The defending NBA champions have been without returning center Brook Lopez due to back problems this season.

The 2013 All-Star and regular contributor during the Bucks’ championship run in 2020-21 has appeared in just one game this fall, the team’s opening night win against the Brooklyn Nets.

After spending the first five years of his career with the Sacramento Kings, Cousins was traded to the New Orleans Pelicans midway through his sixth season, where he ultimately suffered an Achilles injury.