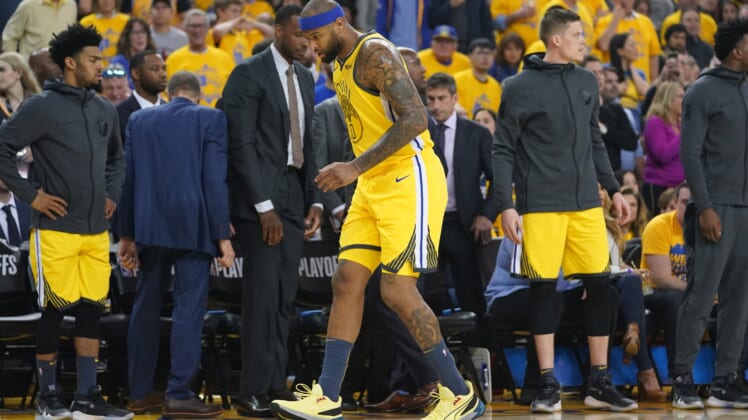 DeMarcus Cousins injury’ Monday night was a brutal blow to the Golden State Warriors star, yet it shouldn’t have a big impact on the team itself going forward.

The big picture: Cousins is a dangerous big man who, when everything was going right this season, made the Warriors far more dangerous on offense.

Yet the truth is, Golden State’s pursuit of a three-peat won’t be significantly deterred by losing Cousins.

Instead, Cousins’ gruesome quad injury marks a significant blow to him personally.

Historic loss to Clippers: Some might try to tie Monday night’s epic failure of a loss — the Warriors allowed Los Angeles to come back from 31 points down, midway through the third quarter — to Cousins’ injury.

While you could potentially chalk up such a brutal mental lapse to an emotional reaction stemming from losing a teammate, it’s worth pointing out that the Warriors’ initial response was to blow out their opponent.

So, as we’ve seen so often in the past, the Warriors will continue winning as long as they stay focused, and as long as Curry is leading the charge.

Cousins breaking down? Though Cousins is still relatively young at the age of 28, his recent injury history is troublesome.

Already a bargain: Even before Monday’s injury, Cousins was playing for the Warriors at a bargain-rate price.

The bottom line: Cousins’ loss could very well be Golden State’s gain once more. With two season-ending lower-body injuries in two consecutive years, he’s not going to command the type of contract a player of his stature would normally garner.

Whether it’s with the Warriors, or another team, Cousins will almost surely have to settle for another prove-it deal this next season.