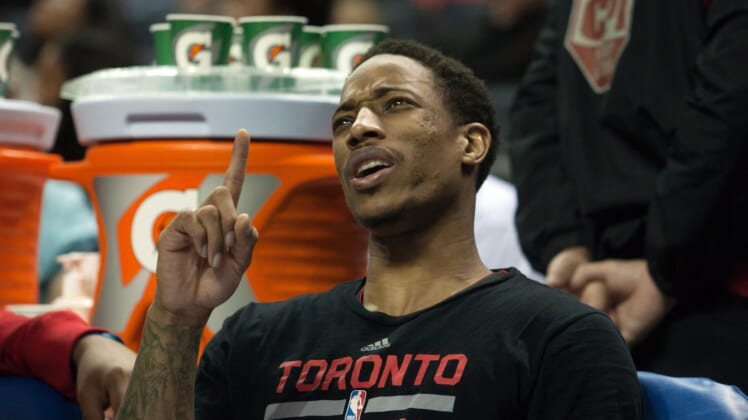 Toronto Raptors star shooting guard DeMar DeRozan wasn’t recognized by a security guard Sunday at Air Canada Centre, who called for backup after failing to be convinced of his true identity.

He was there for an interview with ESPN’s Doris Burke when he was stopped and questioned.

DeMar DeRozan arrives at ACC for interview w/ Doris Burke. Upon entering, security stopped him, asking if he worked here. She called backup.

Once the backup arrived, things were quickly cleared up.

Once backup arrived and saw it was DeMar DeRozan and Kyle Lowry on the court, he said to his colleague, "That's our two best players."

No doubt, the security guard who didn’t recognize DeRozan was flushed from embarrassment, and we have to imagine she’ll never make that mistake again.

DeRozan and Kyle Lowry are coming off huge games on Saturday night when the rebounded to win Game 3 and improve their series record to 1-2 against the Cleveland Cavaliers. They combined to score 52 points in the 99-84 victory and will need to stay hot to win a second game in the Eastern Conference Finals.